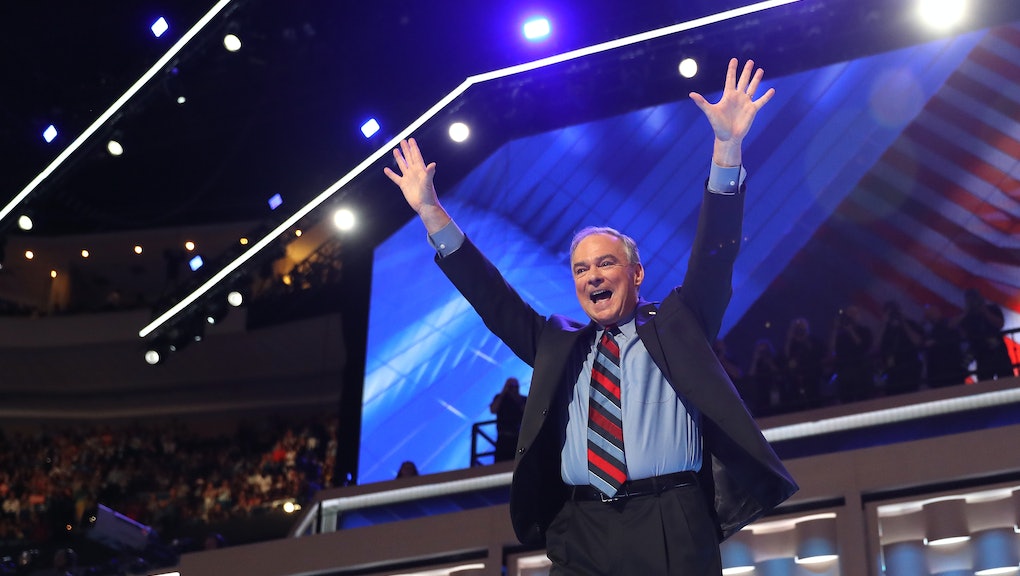 The impression, in which Kaine told voters to "believe me" Trump is a fraud, was a key highlight of a speech which was otherwise pretty standard fare.

Kaine said Clinton possesses several characteristics that have prepared her to assume the mantle of the presidency.

Kaine spoke in Spanish for portions of his speech, and referenced his visits to Honduras, where he said he "got a first-hand look at a different system — a dictatorship, a dictatorship where a few people at the top had all the power and everybody else got left out."

But for better or for worse, his tone and laid-back speaking style reminded many Twitter users of a white, middle-aged dad, replete with travel stories and, of course, impressions. So cue the dad jokes:

In this, it seems, Kaine may have hit the target he was aiming for.

Watch the moment your dad accepted the Democratic vice presidential nomination below: