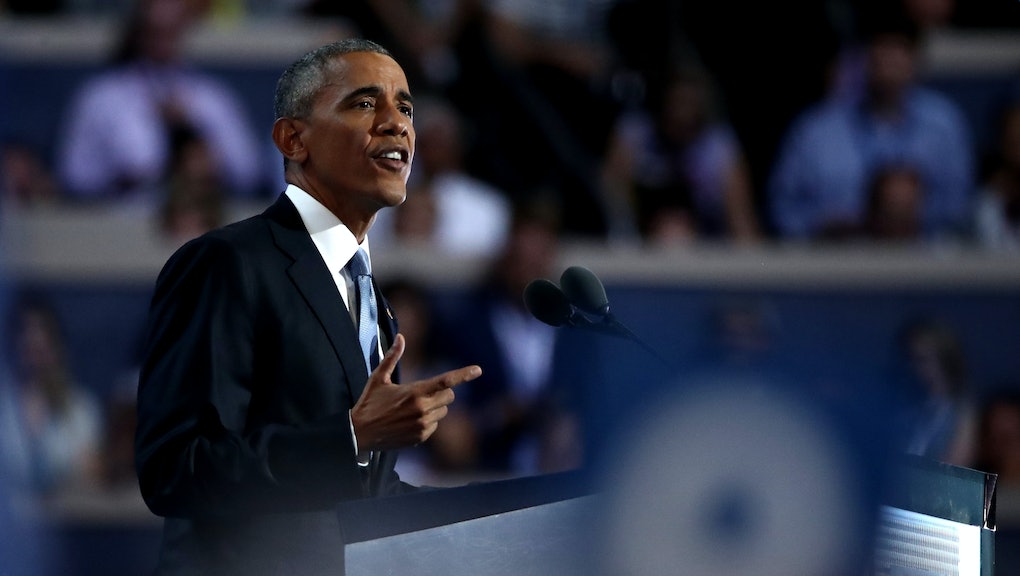 President Barack Obama gave what many hailed as one of his greatest speeches ever at the Democratic National Convention in Philadelphia Wednesday night, building a forceful case for Hillary Clinton as president and sharing a vision for America rooted in unity, idealism and faith in the country's potential.

He also doubled down on the notion that police officers and black people are equivalent sides of a misunderstanding — two groups of people whose main problem is that they just don't get each other. This is incorrect.

"Hillary knows we can work through racial divides in this country when we realize the worry black parents feel when their son leaves the house isn't so different than when a brave cop's family feels when he puts on the blue and goes to work," Obama said, "that we can honor police and treat every community fairly. We can do that."

These examples are, in fact, extremely different.

Police officers — regardless of how you feel about them as individuals — are part of an institution that has been instrumental in segregating, incarcerating and killing black people with staggering efficiency for generations. They are armed and largely shielded from legal consequences by agents of the United States government. What's more, policing is the job they chose to do. It was a choice.

Black people, on the other hand, were born black. And unlike police officers, they are typically unarmed, and do not receive near-unequivocal state protection when they kill other human beings. If nothing else, the threat posed to black people by police is reinforced by a growing body of statistics: In 2015, U.S. law enforcement killed 306 black people. They've killed 152 in 2016 so far, and were three times more likely to kill black people than white people over the past year and a half.

Meanwhile, 2015 was the safest year for American police officers since 1960. A pair of high-profile attacks that claimed the lives of eight officers in Dallas, Texas, and Baton Rouge, Louisiana, have raised safety concerns among officers and their families — which is fair. It is also not the same as a black parent's fear that their children — including their daughters — armed only with a skin color that some see as a threat, might be killed by those same officers while walking down the street.

But the president's conflation of these experiences strikes a similar balance to one he's been striking for weeks. As protests against anti-black police violence have gripped the country this past month, Obama has responded by reiterating his support for police officers, responding partly to unfounded criticism that he hasn't backed them enough.

This has translated as a desire to ingratiate these officers — a desire Obama hasn't seemed to share so openly with victims of police violence.

"We should give you the resources you need to do your job, including our full-throated support," Obama said in an open letter to the nation's police, according to Daily Intelligencer. "We have your backs."