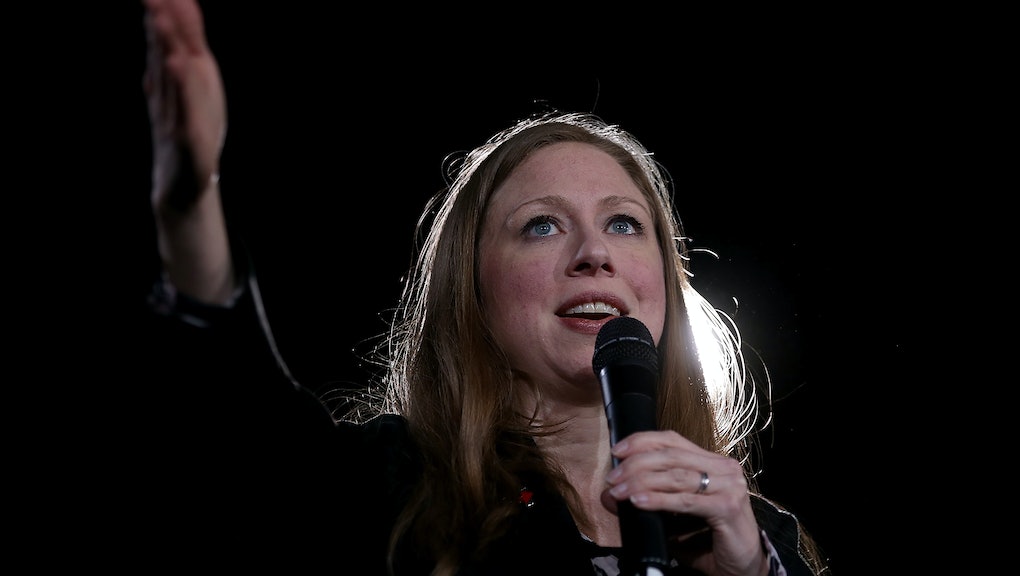 What Time Will Chelsea Clinton Speak at the DNC?

Chelsea Clinton has an important role on the fourth night of the Democratic National Convention: introducing her mother, Hillary Clinton, who will formally accept the Democratic nomination for president of the United States.

"This election is so important to me, because I'm now a mom," Chelsea Clinton, who recently had her second child, told Today's Matt Lauer. "And as proud as I am of my mom, this election to me is fundamentally about my children, about Charlotte and Aidan.

Expect Chelsea Clinton to take the stage toward the end of the night. She's the second-to-last speaker on the DNC's run sheet — her mother the only person to take the stage after her. Wednesday night's final speaker, President Barack Obama, spoke around 11 p.m.

The Democratic nominee's daughter will speak after Khizr Khan. Khan's son, Humayun S. M. Khan, was a member of the U.S. Army and one of 14 American Muslims who died serving the country in the decade following the terrorist attacks of Sept. 11, 2001.