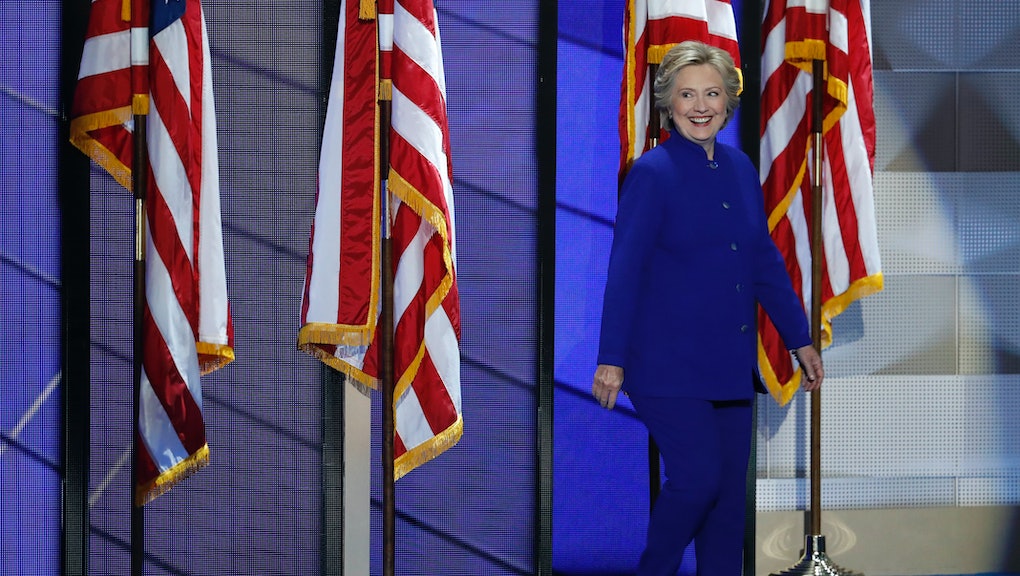 What Time Does Hillary Clinton Speak at the Democratic Convention?

It's been a packed week at the 2016 Democratic National Convention in Philadelphia, with dozens of high-profile politicians lining up to offer their support of the party's newly-minted nominee, Hillary Clinton.

But on Thursday, the final night of the convention's run, comes the moment we've all been waiting for: Clinton herself will take the stage to close out the gathering with a speech to mark her official acceptance of the Democratic presidential nomination.

While no scheduled time for Clinton's speech has been announced, it's logical to believe that since she's closing out the evening, as President Barack Obama did on Wednesday night and as her Republican rival Donald Trump did at his party's convention in Cleveland on July 20, her remarks will be delivered sometime around 11 p.m. Eastern.

Clinton's acceptance speech will mark a seminal moment in her political career, one that she has likely been eagerly awaiting for several years.