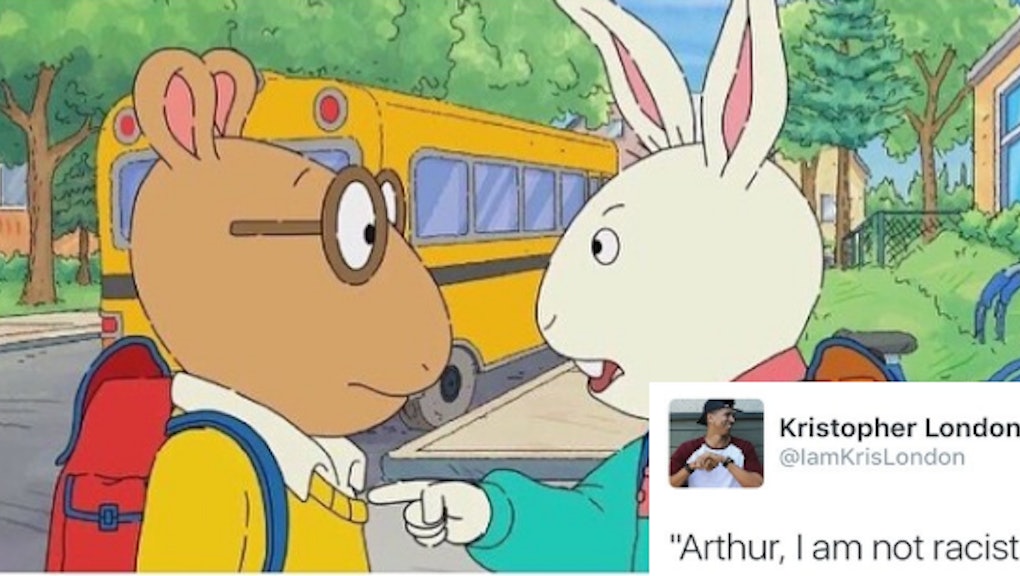 Remember the PBS Kids animated series Arthur? For some reason, Arthur the aardvark broke the internet early Thursday morning and completely took over Twitter timelines well into the day.

While some of the jokes were funny and some inappropriate, a good portion of the Arthur memes were timely remarks about race relations in the United States.

Some Twitter users decided to touch on the word "n*gger."

While other Twitter users tackled the issue of police brutality and controversial "Blue Lives Matter" bills.

Still other Twitter users pointed out the hypocrisy of those who bring up "black-on-black crime" whenever police shootings occur.

And some used the Arthur meme to debunk the myth of "reverse racism."

Arthur is one of the most popular shows on PBS and has aired in over 80 countries. So if people won't admit that race relations are still a big issue in 2016, maybe Arthur will be able to change their minds.