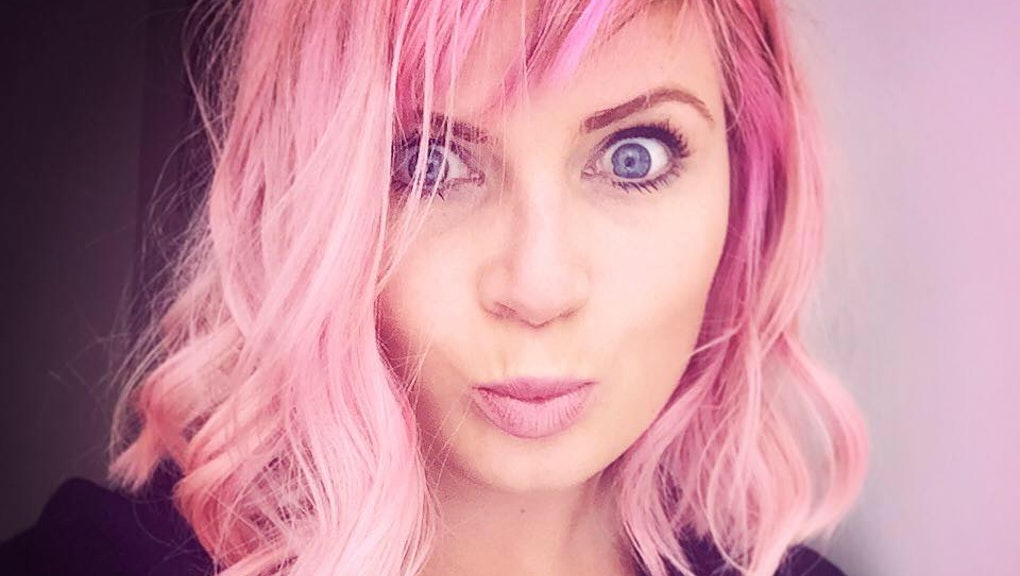 Even in 2016, it's still common for people to victim blame sexual assault survivors by accusing them of "asking for it," whether through their behavior or the way they dress or how much alcohol they consume.

On Tuesday, comedian Alice Brine clapped back at this trend by posting a joke on Facebook that perfectly skewers the victim-blaming mentality.

"I'm gunna start going home with random, very drunk guys and stealing all of their shit. Everything they own," she wrote. "It won't be my fault though... they were drunk. They should have known better."

She also skewered the argument that women who are sexually assaulted are somehow "asking for it" if they're dressed provocatively: "You should have seen how he was dressed at the club, expensive shirts and shoes. What kind of message is he sending with that!? I thought he wanted me to come and steal all of his shit. He was asking for it."

Over the past few days, tens of thousands of people around the world have shared Brine's joke on social media, sparking heated conversations about the importance of affirmative consent.

Unfortunately, Brine's joke underlines a widespread misconception about sexual assault: that women who are assaulted are somehow responsible for it based on their personal lifestyle choices, such as what they wear or how they dress.

A 2013 study published by the Journal of the American Medical Association Pediatrics, which surveyed 1,058 people aged 14 to 21, found that 50% of perpetrators — participants who reported committing some type of sexual violence, or 9% of those surveyed — said the victim was "completely responsible" for their actions.

Even some law enforcement officials still blame women and girls for rapes they didn't commit, such as Montana Judge G. Todd Baugh, who famously said a 14-year-old victim was "in control of the situation" because she "seemed older than her chronological age."

Even in 2016, the stigma surrounding sexual assault is still alive and well. Brine's viral Facebook post has imbued this crucial conversation about consent and assault with humor, but it's nonetheless a message that everyone needs to hear: The only people responsible for sex crimes are the perpetrators who commit them.