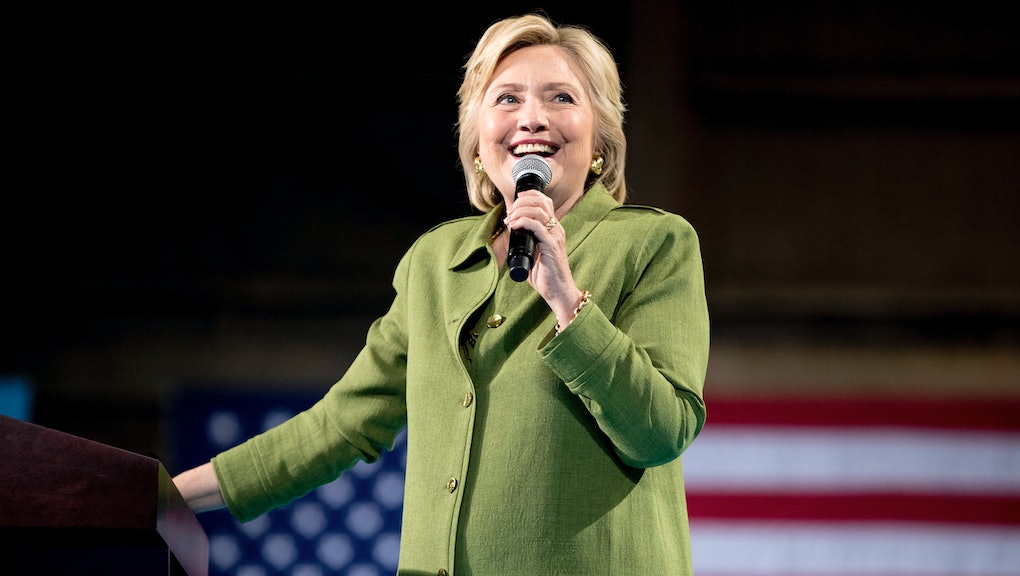 "What Will Hillary Clinton Wear Tonight?" What This Sexist Question Reveals About Us

On Thursday night, Hillary Clinton will formally accept the nomination for president from the Democratic Party. Unfortunately, people care more about what she's going to wear than what she'll say.

"What will Hillary wear?" is the question that has had the fastest rise in search over the past 24 hours, according to Vox.

Is anyone asking what Bill Clinton is wearing? Of course not — it would be absurd. In fact, Quartz wrote a hilarious piece imagining what it would sound like if people did. "Hillary Clinton's husband wore a fetching pantsuit to honor her nomination for U.S. president" sounds a lot stranger than E Online's "Comparing Michelle Obama's 3 DNC Looks From 2008, 2012 and 2016."

Historically, women have faced significant scrutiny over their looks. First ladies have been described as "Gucci-clad," "glamorous," "attractive" and "classy" — descriptors you'd rarely hear applied to a powerful man.

Clinton is no different. Even as she is about to be named the Democratic nominee for president, people are talking most about what she'll be wearing.