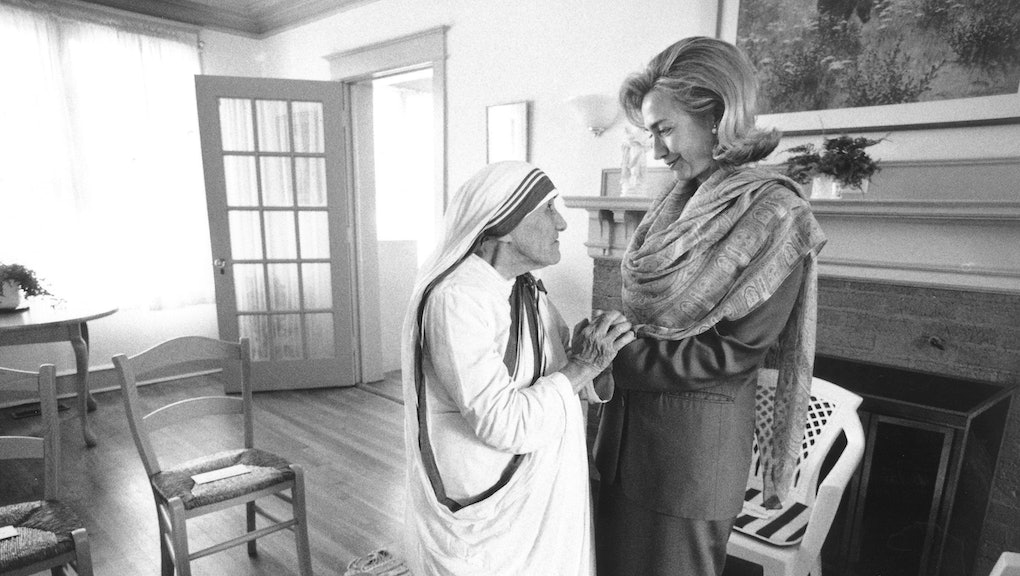 16 Photos of Hillary Clinton Before She Became Democratic Presidential Nominee

On Thursday night, Hillary Clinton will enter a new stage of her career when she accepts her party's nomination for 2016 Democratic presidential candidate, the first woman to earn that designation. But the 68-year-old has been making moves in the political sphere for decades.

In President Barack Obama's keynote speech Wednesday at the Democratic National Convention, he was effusive in his endorsement of Clinton, his rival for the Democratic nomination in 2008 and later, his secretary of state.

"There has never been a man or a woman, not me, not Bill, nobody more qualified than Hillary Clinton to serve as president of the United States of America," Obama said.

Indeed, Clinton's years in politics — two terms in the U.S. Senate and one as secretary of state — and around it, as first lady during both of husband Bill Clinton's presidential terms and both his Arkansas gubernatorial terms, and through her work as a lawyer, have already provided her with a lifetime's worth of political experience.

Here are some of those moments, as captured on camera:

Looking decidedly better off than Bill, 1992

Getting the FLOTUS rundown from predecessor, Barbara Bush, 1992

Singing with Kermit at the Kennedy Center, 1993

Getting a word in on the White House lawn, 1994

At the Taj Mahal during a tour of South Asia, 1995

Proving that she was Neo before Neo was Neo, 1998

Making her point in a primary debate, 2007

Getting sworn in as secretary of state on Obama's "team of rivals" administration, 2009

Being debriefed on the death of Osama bin Laden in the White House's Situation Room, 2011