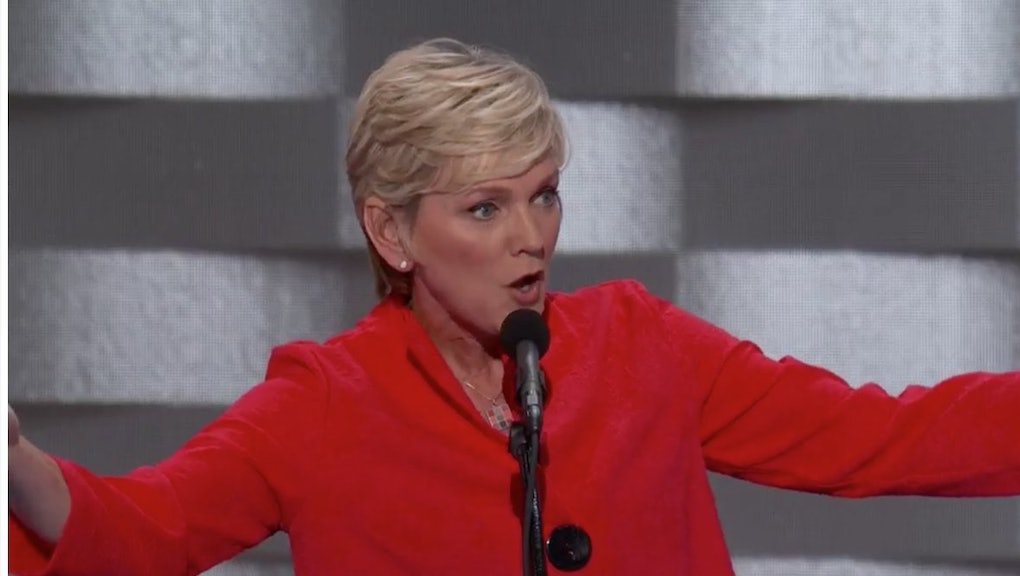 Jennifer Granholm, a former two-term governor of Michigan, used Thursday night's Democratic National Convention stage as an apparent opportunity to audition for Saturday Night Live. Or at least, that's what the string of strange, confusing and problematic impressions that made up her remarks would have viewers believe.

The speech started out OK. "Imagine Donald Trump's version of the Constitution," Granholm said. "I, the person, in order to form a more perfect union..."

But then the speech went off the rails when she broke into song, adapting a civil rights movement credo by belting out "I shall overcome" — a decidedly bad look for a white woman.

Then came the impressions. "Ask not what I can do for my country, ask what my country can do for me," she said, in a mock baritone.

"Donald, you're so vain, you probably think this speech is about you," Granholm said, referencing a Carly Simon song. Isn't it about him, though?