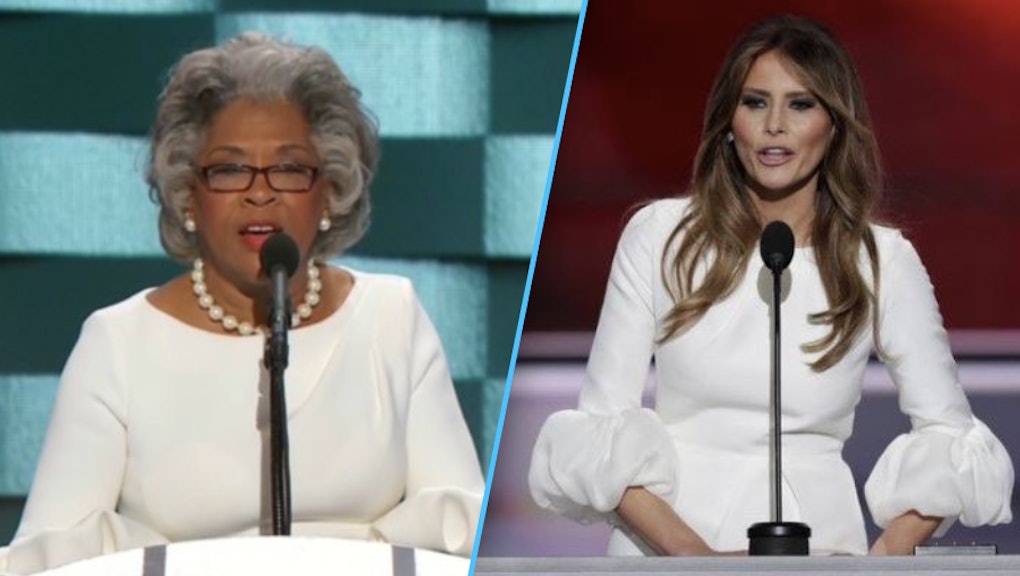 Trump famously plagiarized first lady Michelle Obama's speech from the 2008 Democratic National Convention with her speech at this year's RNC, participating in the history of white people stealing from and appropriating black culture.

Beatty is taking some power back with one small and hilarious gesture: a dress.