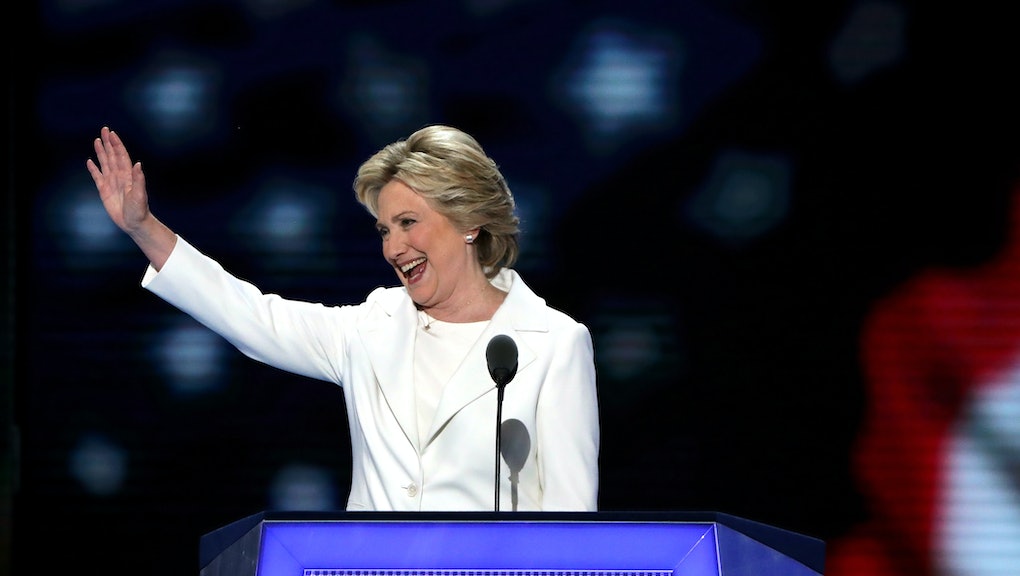 On Thursday night, Hillary Clinton delivered her long-awaited speech on the Democratic National Convention stage, formally accepting her party's presidential nomination. But while outlets like the New York Times said Clinton "radiated confidence," "smoothly acknowledged her own limitations" and punctuated her more serious moments with an "easy laugh" — some only heard yelling.

"It makes you feel a little bit like you've been called into the principal's office to be read the riot act," said Hume. He speculated that Clinton couldn't grasp the basic mechanics of the venue's speaker system, adding, "She sometimes, though, acts as if she doesn't understand that when you speak into a microphone like that there's such a thing as amplifiers and speakers and you're going to be heard."

Hume wasn't alone in his choice to focus in on the nominee's manner of speaking rather than the content of her speech:

Donald Trump, of course, topped off the sexist slams with a tweet calling Clinton's voice a "very average scream."

But fear not — Hume admitted the Democratic nominee had at least one thing going for her.

"She has a great asset as a public person, which is a radiant smile," he said, echoing others' sexist calls for Clinton to smile during her acceptance speech.

Clinton may have put a decisive crack in one glass ceiling, but these comments prove there's still a lot of chipping away to do.