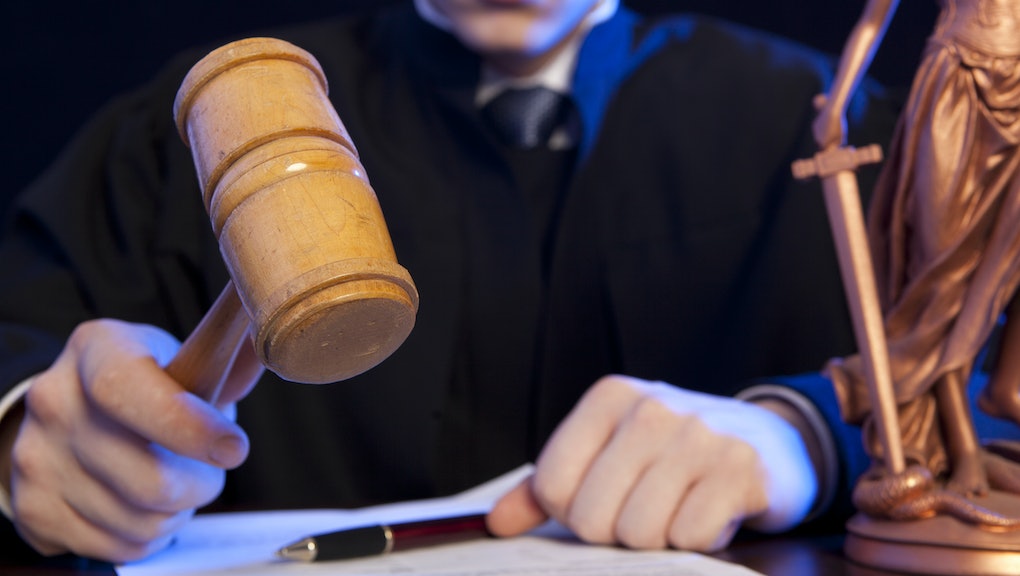 It's horrifyingly common to see lawyers and judges blame sexual assault victims. Take, for instance, the notorious case of Montana Judge G. Todd Baugh, who said a teenage rape victim was "older than her chronological age" and was "as much in control of the situation" as her adult rapist, according to NBC News.

But in the past few weeks, two judges have issued strong statements in sexual assault cases that make it clear the attackers, and they alone, are responsible for the crimes they commit.

On July 21 in Toronto, Ontario Court Justice Marvin Zuker delivered a verdict on a rape case involving students at York University. The Guardian reported his decision included the following statement: "The myths of rape should be dispelled once and for all. It doesn't matter if the victim was drinking, out at night alone, sexually exploited, on a date with the perpetrator or how the victim was dressed. No one asks to be raped."

The judge literally underlined the last sentence of his statement.

The survivor herself, Mandi Gray, issued an equally strong statement on the verdict on her personal Facebook page. In her post, she wrote she is "tired of people talking to me like I won some sort of rape lottery because the legal system did what it is supposed to."

"I am [a] white, heterosexual woman in my late 20s with a graduate-level education and an in-depth knowledge of the legal system," she wrote on Facebook, later adding, "my numerous and intersecting privileges cannot be ignored and therefore my experience of sexual assault and the legal system is atypical."

Zuker's statement echoes that of another recent Canadian case, in which Alberta Justice Juliana Topolniski overturned a lower court's ruling on appeal to acquit an underage defendant's sexual assault charge. Earlier this year, a youth court judge determined the defendant was not guilty because the victim's objections were "unclear," according to legal records cited by Topolniski.

In her statement, Topolniski lambasted the lower court's ruling, issuing a powerful statement about the importance of consent in the process.

American justice system, take note. Canada is showing us how it's done.