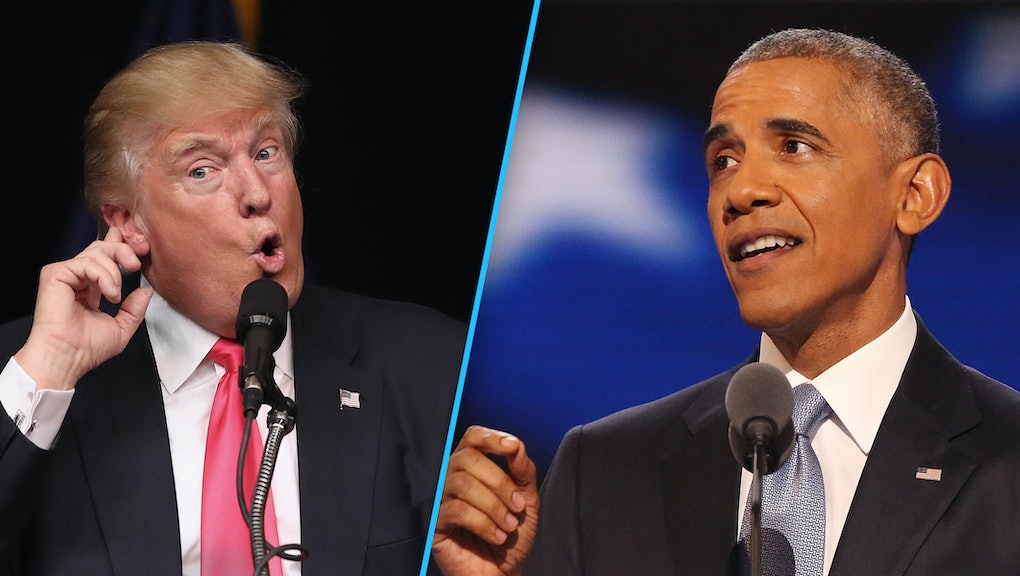 The Difference Between Obama and Trump, in One Reddit AMA Answer

The differences between United States President Barack Obama and Republican presidential nominee Donald Trump are legion, but nothing can distill the political gulf between two men quite as well as a good old-fashioned Reddit AMA.

On Wednesday, Trump placed himself at the mercy of the "front page of the internet" — or, more specifically, Reddit's pro-Trump and unabashedly racist The_Donald subreddit — answering questions about Obamacare, immigration and "media elites".

As Mic's Cooper Fleishman points out, the answer brought Obama's answer to the same question during an AMA three years earlier into sharp relief.

Ending the influence of money in politics has been an issue championed by Democrats. In her acceptance speech of the 2016 presidential nomination at the Democratic National Convention Thursday night, Hillary Clinton said that if elected, she would work to pass a constitutional amendment overturning the Citizens United decision.

"I believe American corporations that have gotten so much from our country should be just as patriotic in return," she said. "Many of them are. But too many aren't. It's wrong to take tax breaks with one hand and give out pink slips with the other."

Trump, on the other hand, doesn't mention anything about Citizen's United, or the corrupting influence of money in politics, for that matter.

Instead, he chooses to respond with an ad hominem attack on Clinton, his political rival — and, in the process, fails to address the substantive issue in a meaningful way.