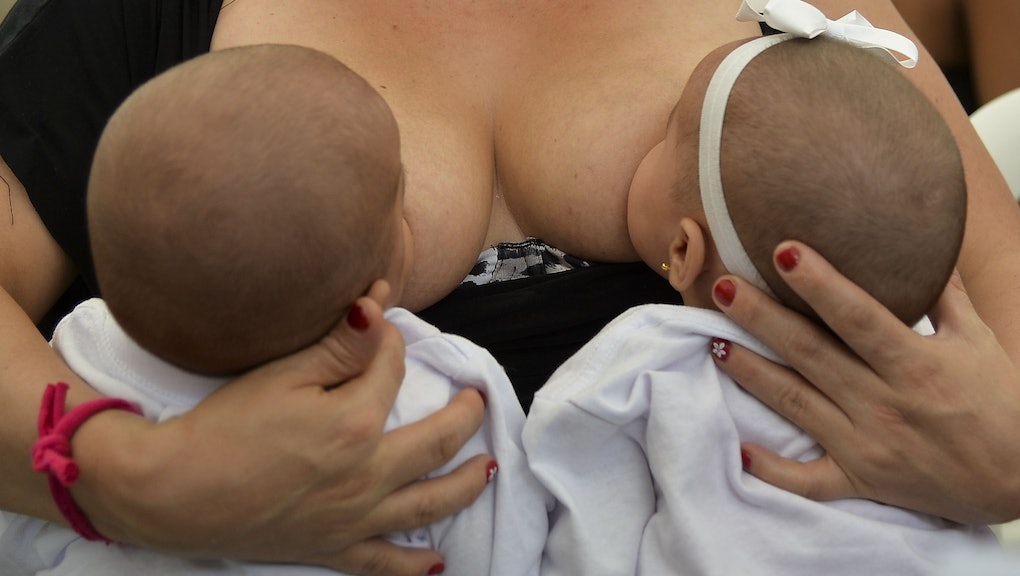 The debate surrounding breastfeeding in public has grown so contentious, on Friday, the United Nations had to step in. In the name of world peace — and eliminating the stigma of women tending to their children's basic biological needs in the public eye — the U.N.'s World Health Organization officially endorsed "brelfies," or breastfeeding selfies.

"It's absolutely to be encouraged," WHO spokesperson Fadéla Chaib said at a U.N. meeting in Geneva, according to Reuters.

Women have long been fighting against breastfeeding shaming, with a group of mothers staging a sit-in at an Australian food court in March after customer complaints led an employee to force a nursing mom to leave. The persistent stigma even escalated to verbal confrontation this past June, when a Target customer called a breastfeeding mother "fucking disgusting" and a "whore."

In the face of such relentless harassment, taking a brelfie can be a radical act.

"Everything that can be done should be done," according to UNICEF spokesperson Christophe Boulierac, who said the "brelfie" fad also has potential to spark discussion about breastfeeding's benefits for infant nutrition. "This is a golden opportunity."

You heard the man. Snap away, ladies.