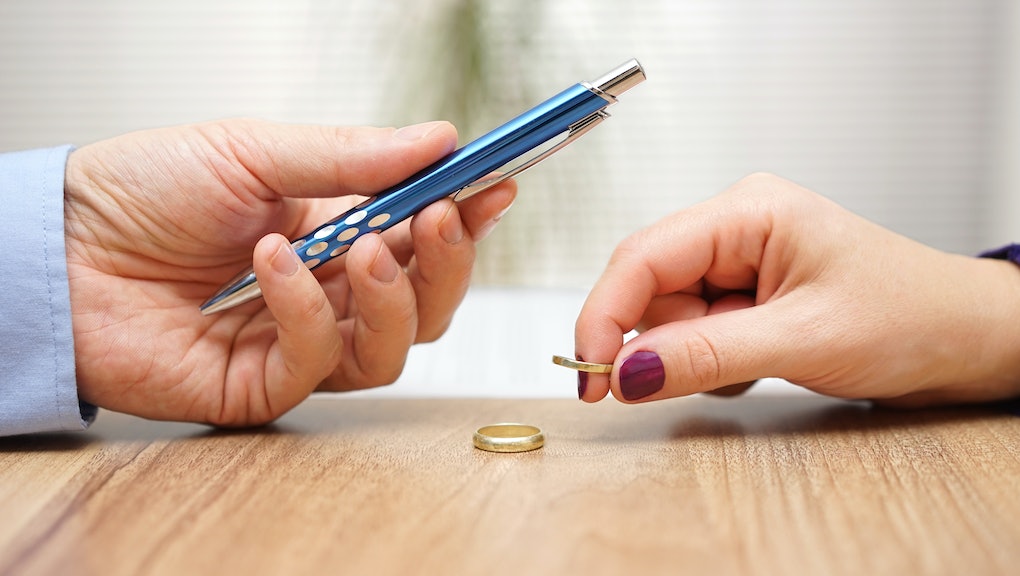 Unemployed husbands, not financial problems, are most likely to break up marriages

Fighting about chores? Money woes? It could be worse.

Turns out that the biggest factor correlated with straight couples getting divorced is neither financial problems nor the division of domestic work: It is whether the man in the relationship is employed, a new Harvard University study shows.

Researchers looked at more than 6,000 marriages stretching from 1968 to 2013, to see how gender dynamics have changed since women began entering the workforce in greater numbers.

In other words, the most influential variable increasing the likelihood of divorce was when the husband was out of a job, suggesting men have not socially adapted to the idea of not being a breadwinner.

"Expectations of wives' homemaking may have eroded, but the husband breadwinner norm persists," the authors wrote.

The findings lend credence to comments President Barack Obama has made about the link between men's employment and happy family life.

"When men don't have work, when they don't feel good about being able to support their families, then often they detach themselves," he said in an interview with Parade in 2014. "The children then don't have a male presence in the home."

There are a few caveats, and the main one is that the study didn't really look at stay-at-home dads who choose to take care of the kids: Most of the unemployed husbands weren't in that position by choice.

Still, the numbers show there is a small, growing group of men who are perfectly happy to ditch the breadwinner role.

Part of the trend has to do with expectations. The Pew study also found that more than half of Americans think that children are better off when the mom stays home, a number that plummets to 8% when asked the same about dads.

While it might be heartening to some to see more stay-at-home dads trying to break the mold, the Harvard study shows straight marriages are unfortunately still bound by traditional gender roles — particularly when the man isn't the one bringing home the bacon.

One more for the #masculinitysofragile files.