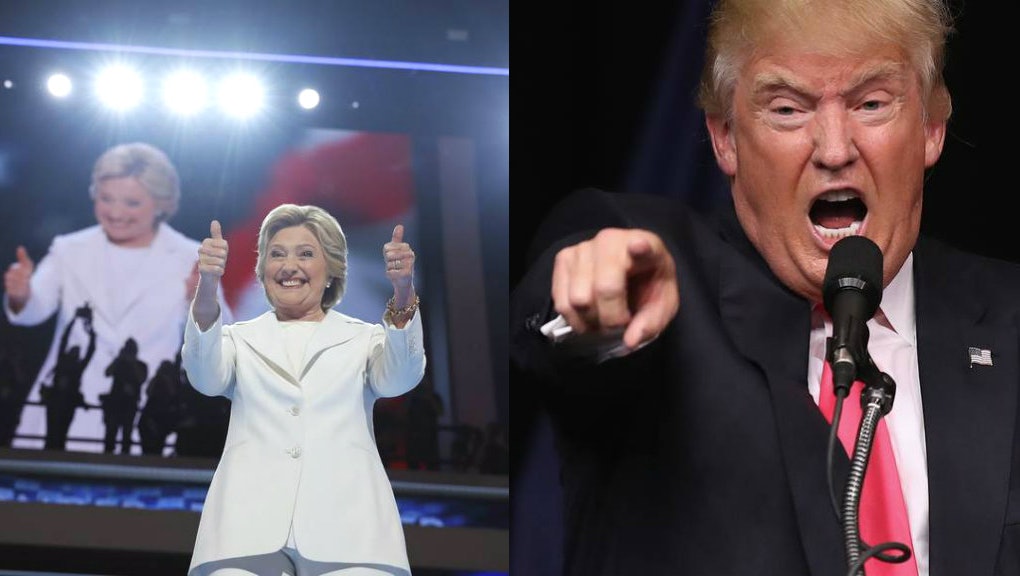 Did the Democratic National Convention — which concluded with a rabble-rousing speech by Hillary Clinton accepting the presidential nomination — help her chances against Republican rival Donald Trump?

A number of polls show the DNC put Clinton marginally ahead of Trump, but the race is still neck and neck.

While Trump received a bit of a "convention bounce" in polls after the Republican National Convention, it doesn't seem to necessarily matter that much. As for Clinton, it's still too soon to know how her DNC performance affected her numbers.

"Trump's position in our polls-plus forecast, which adjusts for convention bounces, is almost unchanged over the past week; the model continues to give him about a 40% chance of winning the election, meaning that Clinton has a 60% chance," FiveThirtyEight's pollster and statistician Nate Silver wrote.

(Silver, incidentally, was crowned "America's chief wizard" by Gawker, amongst earning other media praise, after he accurately predicted which way every single state would vote in the 2012 general elections.)

Numbers aside, many pundits, conservatives and liberals alike, suggested Clinton and her party outshone Trump and his.

"In the speech accepting her party's nomination — surely the most important of her career — Clinton said that as secretary of state she had traveled to 112 countries representing the United States," CNN's national security analyst Peter Bergen wrote. "The contrast with Trump's record of zero public service and his cartoonish understanding of the world at large didn't need any underlining."

The Brookings Institute's William A. Galston echoed Bergen's sentiment, contending that, in her speech, Clinton established herself as the candidate to trust — and Trump as a bombastic demagogue:

And she raised questions about Donald Trump that go to the core of his candidacy. Does he know enough to be president?  Does he have any plans to fulfill his grand promises? Is he a man of character? And most pointedly: Does he have the temperament to serve as commander-in-chief? She quoted one of his self-congratulatory utterances — "I know more about ISIS than the generals do." After a pause to let his words sink in, she replied, "No, Donald, you don't." One suspects that even Americans who do not support her nonetheless agreed with her.

"In her speech, Clinton continued the attacks on Trump, calling him temperamentally unfit to serve whose capacity to handle a crisis has been called into question by his actions during the campaign," he wrote. "'Imagine him in the Oval Office facing a real crisis,' she said. 'A man you can bait with a tweet is not a man we can trust with nuclear weapons.'"

The reality is polls remain speculative and unreliable, and all the conjectural discourse in the world is not likely to offer any definitive conclusions in a race this close.