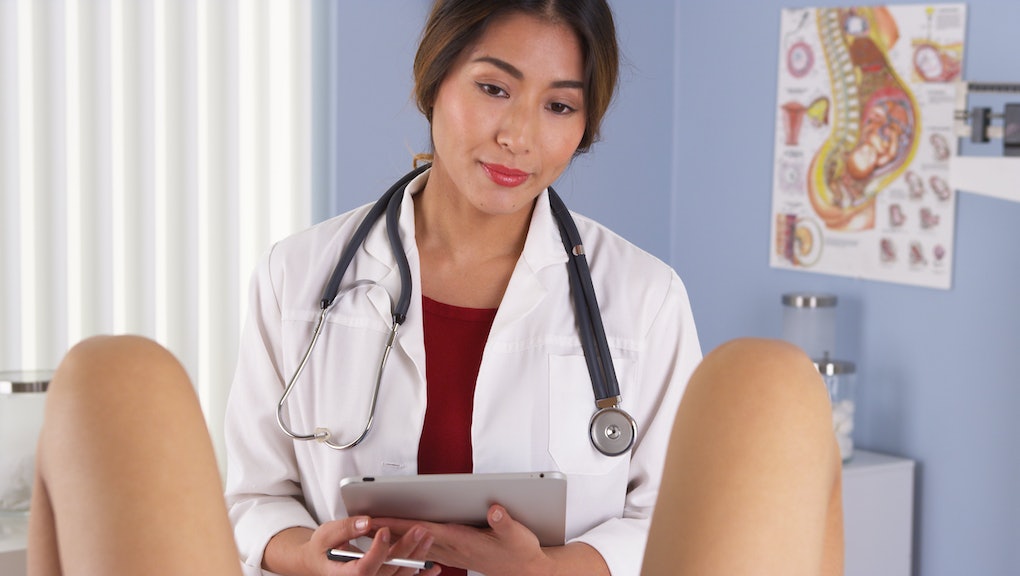 Even in 2016, there are some topics that are still off-limits in casual conversation, including most women's health issues. Feelings of shame and embarrassment still keep many women from seeking medical help when they need it.

Sometimes, the results of this silence can be dangerous, or even lethal. A survey of 1,000 women in the United Kingdom by Ovarian Cancer Action found 44% of young women who avoided going to the doctor did so because they were too embarrassed to talk about sexual health issues.

But there are many benefits to talking openly about women's health. Here are a few issues that are still considered too taboo for polite conversation — along with the reasons why we should talk about them.

According to the aforementioned Ovarian Cancer Action survey, more than half of young women consider "discharge" one of the more embarrassing terms pertaining to the female anatomy. Yet sexologist Timaree Schmit says women shouldn't be too concerned about any excess moisture down there.

"Vaginal discharge is a sign things are operating smoothly. Rejoice!" Schmit said in an email. "We can see where a woman is in her menstrual cycle [through discharge], which tells us about fertility. We can see signs of hydration, relative health or infection."

Discharge shouldn't be too colorful, unless your period has just finished, and it shouldn't smell too strong. But clear or milky discharge with a light scent is a sign of good health. On the sexual health report card, regular discharge is an A+.

A lot of women feel embarrassed about queefing, that fart-like sound vaginas make from time to time during vigorous sex or exercise. But they're really not that big a deal.

"There's nothing wrong with queefing — nothing to fear, nothing to feel shame about," Schmit said. "It's just literally air being pressed into a compressed space and then needing to come back out."

Some women worry that a queef will kill the mood during sex. But there's no need to be anxious about these little puffs of air.

"Why feel shame for no good reason?" Schmit asked. "That's setting us up to have unrealistic, impossible standards for ourselves and others."

It's incredibly common for the organs in women's pelvic areas to weaken or fall a little out of place. Childbirth, pregnancy and aging are the most common reasons, but they aren't the only conditions that cause pelvic floor issues. Sometimes, stress and other factors can also rock the boat down under.

One study by Kaiser Permanente with over 4,100 female patients found that 39% of mothers suffered from one ore more pelvic floor disorders such as pelvic organ prolapse, which is when a pelvic organ like the bladder drops from its usual place and sometimes pushes against the walls of the vagina.

"Because nobody talks about it, everyone thinks they're the only one," John DeLancey, professor of gynecology and urology at the University of Michigan, told the Miami Herald.

Pelvic floor issues can make sex painful and cause issues with bladder control and pooping. But there's no need to fear. These conditions are treatable: sometimes with surgery, and often with physical therapy for less severe injuries.

"Even with normal aging, there will be some weakening of the pelvic floor for all of us," Dr. Debby Herbenick, associate professor at Indiana University and author of Read My Lips: A Complete Guide To The Vagina And Vulva, said in a phone interview. "All of those sort of stigmas and misunderstandings are [holding] a lot of people back from a more pleasurable sex life."

Depending on which muscles need attention, several specific exercises can help strengthen and reshape the body. Consult your physician for which regiment is best for specific needs.

"With training, anyone can work out these muscles the same as any other muscles in the body," Schmit said. "Vaginas, in general, are kind of magic."