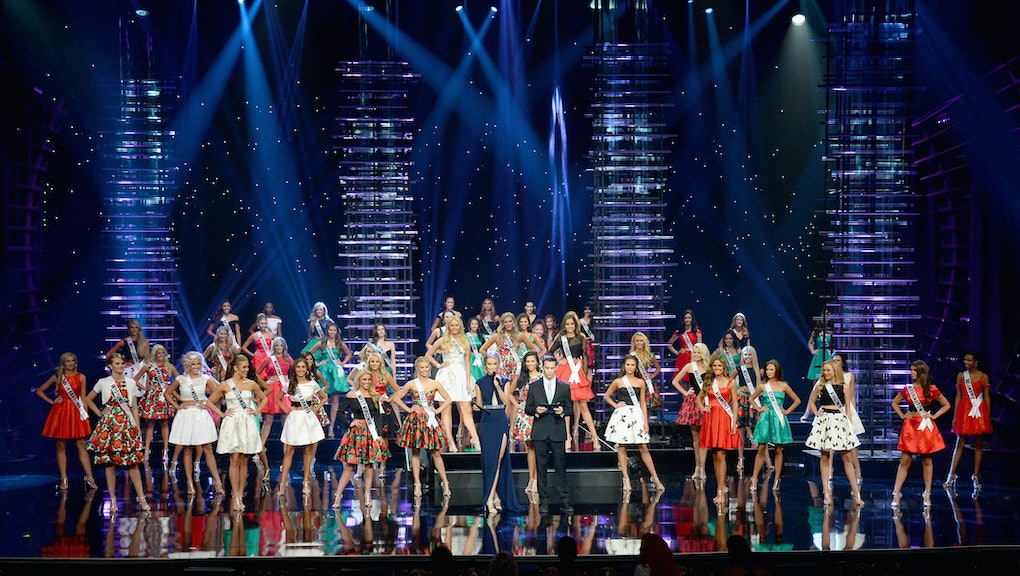 The Miss Teen USA 2016 pageant was held Saturday night in Las Vegas, and Karlie Hay of Texas was crowned the nation's teen queen.

While the pageant, a subsidiary of the Miss USA and Miss Universe pageants, always has its fair share of detractors, can you spot why people were particularly peeved with this year's results?

It appears that all of the top 5 finalists were white and blonde — and Twitter commentators of course pointed out the pageant's apparent lack of diversity.

The seemingly whitewashed Miss Teen USA top 5 comes just a few months after Deshauna Barber, a black U.S. Army commander, was crowned Miss USA. At that pageant, the top 3 finalists were all women of color.

In an emailed statement, the Miss Universe Organization said "[A]s with all our pageants, the top five were chosen by a panel of judges whose scores were independently calculated by Ernst & Young."