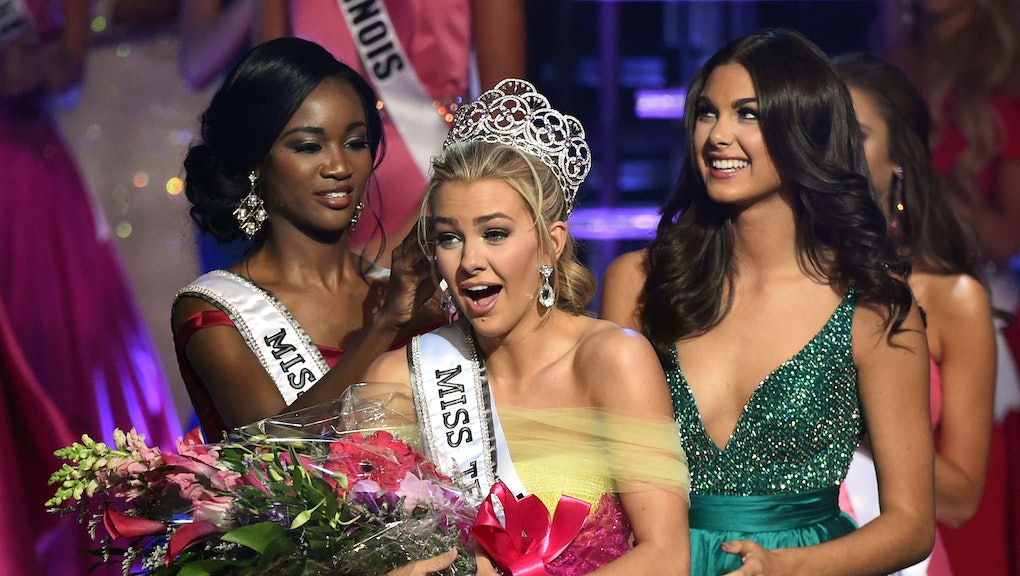 Can someone let the Miss Teen USA pageant know that Karlie Hay, their newly crowned winner, seems to have used the n-word on Twitter? Like, a lot?

The 18-year-old Hay, who was formerly Miss Texas Teen USA, won the top crown Saturday at the Miss Teen USA pageant in Las Vegas. But before the clock had even struck midnight on her reign, angry Twitter users had already begun dredging up transgressions from her past.

Though Mic could not independently confirm that Hay, whose personal account is now private, wrote the tweets herself, dozens of users have screengrabbed the exchanges — and, unsurprisingly, they're pissed off.

Among the disgruntled was former Miss Teen USA Kamie Crawford, who said that as a pageant winner herself, she couldn't understand the lack of preparation for media attention on Hay's part.

Before Hay had even received her crown, the pageant had already sparked controversy over the fact that its top 5 finalists lacked diversity.

Since her tweets were brought to light, Hay has responded on Twitter with a public apology, citing "personal struggles" as the reason for the foul language:

All that's left to do is to sit back and wait to see if the Miss USA Organization decides to take any disciplinary action against their newly crowned queen.