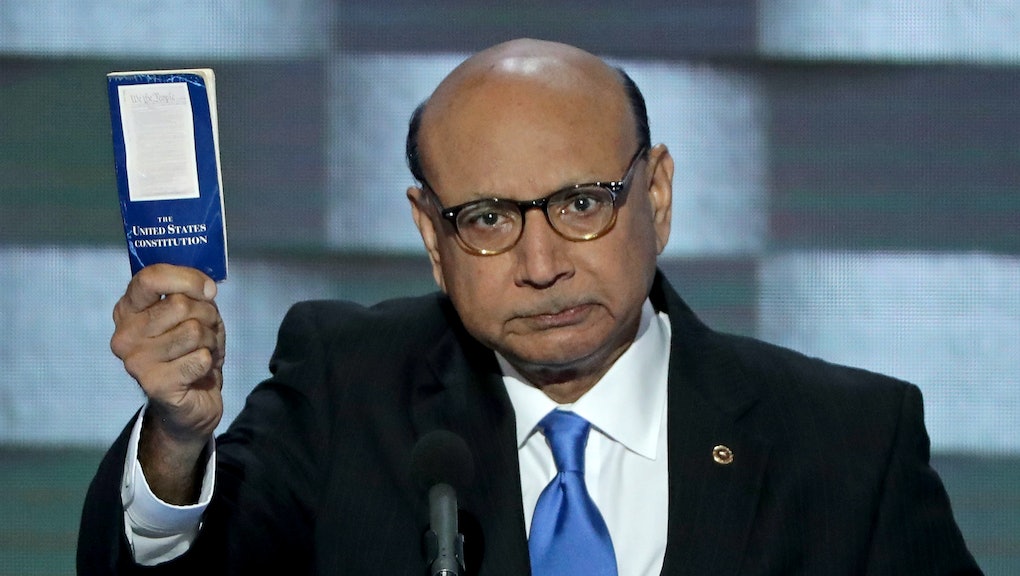 In one of the most talked-about speeches from the 2016 Democratic National Convention, Khizr Khan — the father of a Muslim American soldier who died serving his country — pulled out a copy of the United States Constitution and asked Donald Trump if he'd read it. Khan's statement didn't just elicit cheers from viewers; it also sent the U.S. Constitution to the top of Amazon's best seller list.

Searches for the document went up, too, according to PBS NewsHour. Google Trend data reportedly revealed a "sharp rise" in U.S. searches for "pocket constitution" on Thursday, following Khan's speech. Searches for the little book also spiked on Friday and Saturday morning.

In his speech, Khan suggested Trump's proposed ban on foreign Muslims moving to the U.S. would violate the 14th Amendment, which contains what's known as the equal protection clause:

For folks looking to secure their own pocket Constitution, copies are available on Amazon for $1. You can also buy it from these other places.