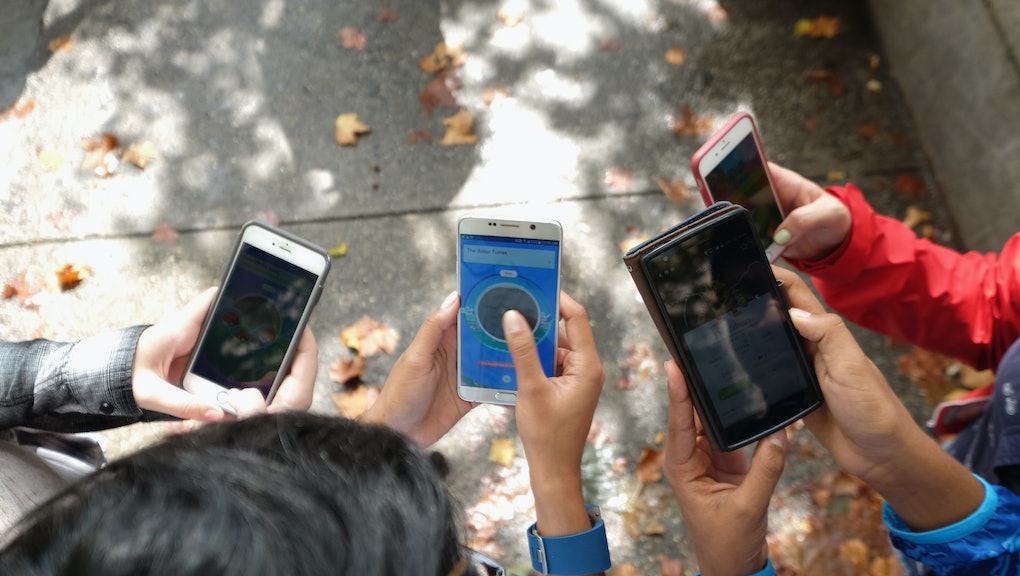 The New 'Pokémon Go' Update Just Made It Harder to Catch Rare Pokémon, Kills Your Battery

If you want to be the very best, you'd better buy a battery pack.

Pokémon GO publisher Niantic just launched the app's first substantial update to address bugs and text issues. But along with that, the San Francisco-based company killed GO's battery-saving feature on iOS — a function that was, er, almost nonfunctional — meaning users will have to rely on smartphone standbys like turning down the screen light, shutting off background apps and turning the phone volume off.

But the "fix" causing the most outrage among players is the nixing of footprint tracking, the feature that showed you how far you were standing from nearby Pokémon — sort of the whole point of having an augmented-reality Pokémon game in the first place. A bug in the game had apparently been showing all Pokémon as three footprints away, but instead of that footprint count lowering as you approached your target, the 'prints would stay at three. So, instead of fixing the bug, it looks like Niantic just ditched that function entirely. At least, for now.

The tweak had deeper ramifications though: Cutting nearby tracking also forced third-party maps of Pokémon to shut down, meaning you could no longer see where specific Pokémon would show up.

Not being able to track Pokémon with the app means gamers go into their hunt blind — instead of chasing something rare, you might just keep encountering the same Pokémon over and over. That's actually how the original Pokémon game is played, where you just hit grassy patches and hope for a good find. But when that experience gets translated into a 10-mile walk for crappy Pokémon, it's enough to turn off the dedicated players.

So, at least for now, if you want to track down rare Pokémon, you'd better get yourself a battery pack and some sturdy insoles.