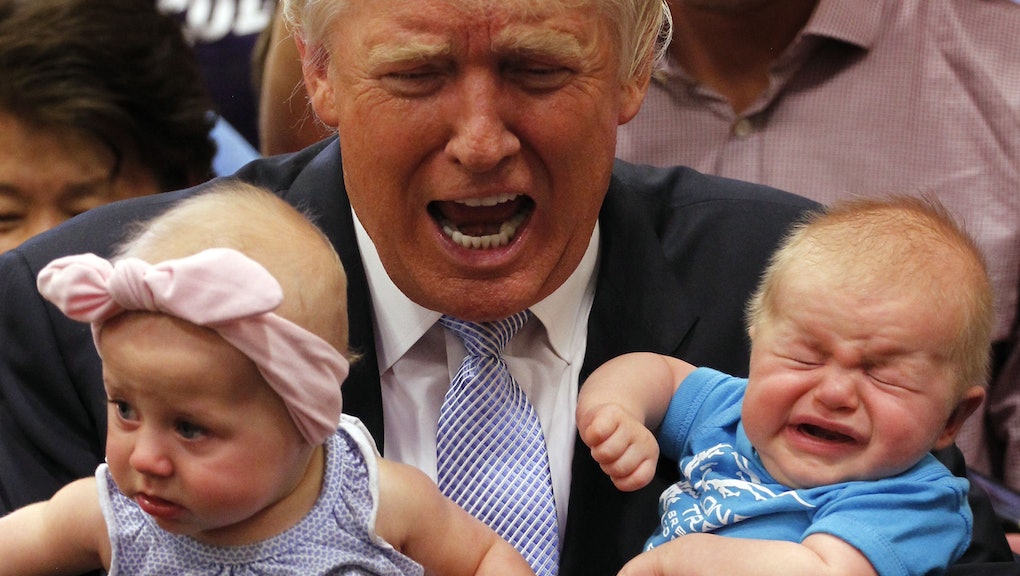 Donald Trump Attempts to Do Damage Control on Twitter, But Only Makes Things Worse

Donald Trump on Monday continued to attack Khizr and Ghazala Khan — the Muslim American family that lost their son, Army Capt. Humayun Khan, in Iraq — tweeting out a defense against their criticisms that did nothing but give new wind to a damaging news cycle for the Republican presidential nominee's campaign.

Over the weekend, Trump called the Khans' speech at the Democratic National Convention "vicious," after they questioned whether Trump had read the Constitution when proposing his ban on Muslim immigration. He suggested Ghazala Khan didn't speak during her husband's address because her religion did not allow her to speak.

In continuing the Twitter attacks against the Khans, he continued to dig himself into a damaging news cycle that his campaign had hoped to squash before the week began.

"Mr. Khan, who does not know me, viciously attacked me from the stage of the DNC and is now all over TV doing the same — Nice!" Trump tweeted Monday morning of Khizr Khan.

"This story is not about Mr. Khan, who is all over the place doing interviews, but rather RADICAL ISLAMIC TERRORISM and the U.S. Get smart!" he continued.

Trump sent the tweet after his running mate, Indiana Gov. Mike Pence, attempted to put an end to the story on Sunday with a statement declaring Humayun Khan an "American hero" and saying his parents, Khizr and Ghazala, "should be cherished by every American" for the sacrifice their son made to the country.

A number of high power Republicans — including Senate Majority Leader Mitch McConnell, Speaker Paul Ryan and Arizona Sen. John McCain — also denounced Trump's attacks on the Khans, seemingly attempting to send a signal to their party's new standard bearer to cease his criticisms of the Khans.

But Trump proved himself unable to let a critique roll off his back, after Khizr and Ghazala Khan once again made the rounds on cable television to call Trump out for his attacks on their family, as well as Muslim Americans as a whole.

And that's the most troublesome factor for Trump's campaign, given that the Khan family said Monday they will not stop speaking out against the Republican nominee — whose rhetoric and policies they say will send the country into a "constitutional crisis."

"It is our obligation, it is our moral duty," Khan said Monday on MSNBC's Morning Joe about his decision to keep speaking out against Trump. "This election will come and pass, but the burden of voting for a divider, voting for an excluder, will put such a burden on our souls for the remainder of our lives that we will not be able to bear it."