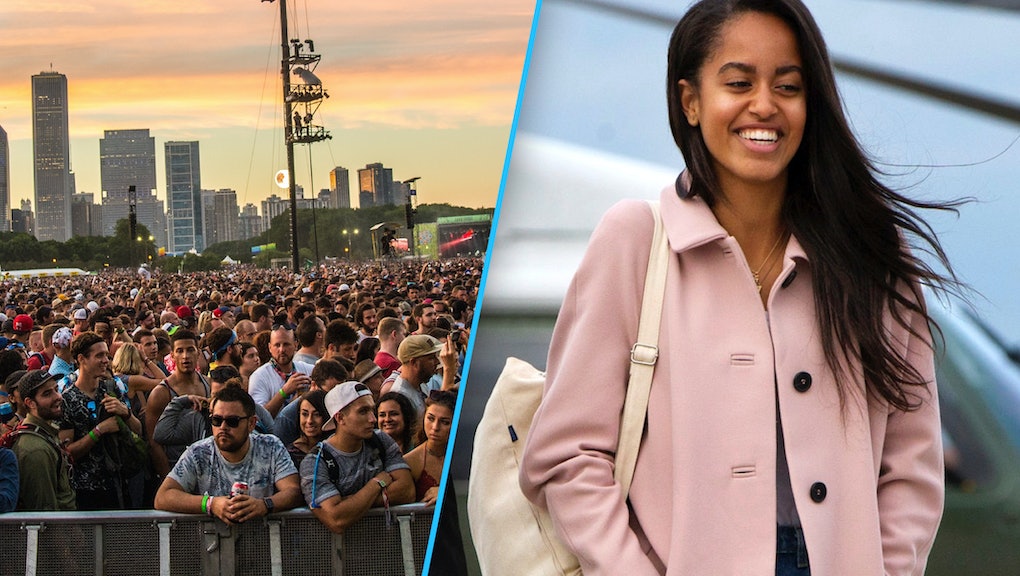 Malia Obama, Normal Teen, Was Turning Up at Lollapalooza, Not the DNC, on Thursday

While her mom and dad were invoking her in powerful speeches at the Democratic National Convention last week, first daughter Malia Obama was busy having a very normal, crop-topped time at the Lollapalooza music festival in Chicago.

As the Chicago Tribune announced in a giddy headline on Saturday, 18-year-old Obama was "spotted" in the crowd on Thursday, the final night of the DNC, dancing in the crowd at a Cashmere Cat performance. And Obama wasn't just quietly taking in the scene, nor was she flanked by an obvious security detail. No, the eldest Obama daughter, who was also reportedly seen at Mac Miller's show on Friday, was really getting down with the crowd.

This isn't even Obama's first Lollapalooza. According to the Tribune, the Chicago native also went in 2014.

It's not hard to to miss the elder Obama daughter — after all, she looks exactly like her super-famous parents and she's always surrounded by people with earpieces — but it's actually pretty cool that a member of one of the most high-profile families in the world got a chance to let loose and be normal. Or, as normal as you can be when you came of age in the White House.