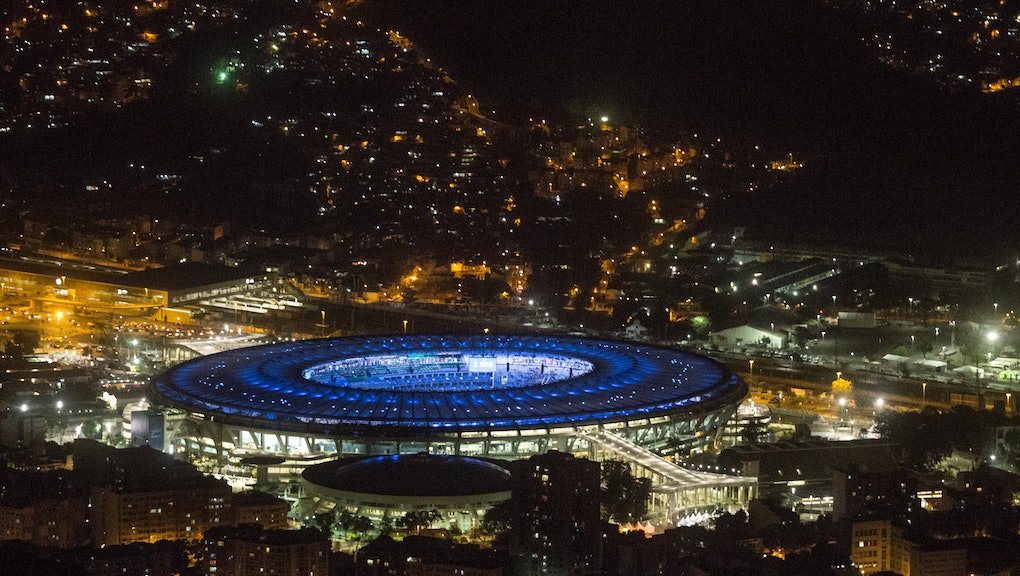 4 Facts About the Maracanã Stadium, Site of the Rio Olympics Opening Ceremony

The 2016 Olympics will begin at Estadio do Maracanã — or Maracanã Stadium — with the opening ceremony kicking off on Aug. 5. The stadium is a hub for events in Rio de Janeiro, from sports to massive concerts.

The Maracanã Stadium can currently seat about 79,000 people, according to StadiumGuide.com. It underwent a renovation from 2010 to 2013, which resulted in it becoming the largest stadium in all of Brazil and the second-largest in South America. Since the renovations, the stadium has hosted many events, including matches during the 2013 FIFA Confederations Cup.

Let's take a look at a few facts about the Maracanã Stadium, as we head into the opening ceremony for the 2016 Olympics.

The recent renovations on the stadium sent the capacity up to nearly 79,000 people. With that said, the record attendance was more than double that number, as 173,850 people showed up for the final game of the 1950 FIFA World Cup, according to the Guinness Book of World Records. In that game, Uruguay defeated Brazil 2-1.

2. It's home to the Brazilian National Football Team, CR Flamengo and Fluminense FC.

Since the stadium's opening on June 16, 1950, the Maracanã Stadium has been one of the hosts of the Brazilian National Football team, as well as CR Flamengo and Fluminense FC, according to StadiumGuide.com. Brazil is widely known for having one of the best football teams in the world; they've won the FIFA World Cup five different times, including 1958, 1962, 1970, 1994 and 2002, according to Top End Sports.

Speaking of football, the Maracanã Stadium has played host to two different World Cups — one in 1950, the very same year that the stadium opened, and another in 2014. In that event, Brazil was one of the favorites, but wound up finishing in fourth place.

While there have been some incredible athletic events held at the Maracanã Stadium, there have also been some wonderful musical moments as well. Specifically, both Tina Turner and Paul McCartney brought in some huge, record-breaking crowds to the stadium. According to Noise Addicts, both made it into the Guinness Book of World Records — Turner in January of 1988 and McCartney in April of 1990. The two each drew in crowds of over 180,000 people.