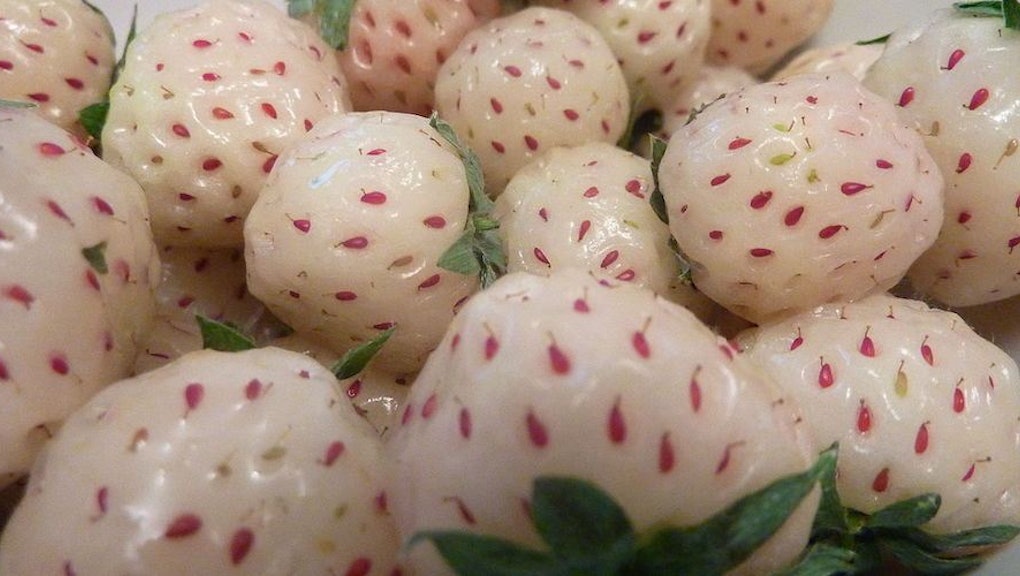 GMO Foods and Labels: 5 Answers to Your Questions About Genetically Modified Organisms

President Barack Obama signed a bill Friday requiring labeling of genetically modified organism foods, the Associated Press reported. The bill requires companies to be transparent about GMOs through one of two ways: They can present the information on the product label, or share GMO disclosures behind QR codes, barcodes that store information that can be scanned and read on a smartphone. The bill is meant to be in favor of GMO transparency, but some advocates for GMO labeling aren't pleased with the legislation.

No, this is not quite what Americans want: A poll in December found that 9 out of 10 Americans support GMO labeling, but 88% of people prefer printed labels over scannable codes.

Transparency about the U.S. food supply seems inherently good, but the GMO debate is rife with complexity. If you're confused, you're not alone. A recent survey of adults in the United States found that 58% admit they have a poor or fair understanding of GMOs.

Read on for quick answers to common questions about GMO foods.

Farmers have been raising plants and animals for desired traits for millennia. But GMO typically refers to when scientists alter the DNA of plants or animals without relying on the natural reproductive process. This means scientists can mix genes from radically different organisms, Grist reported.

Under the new definition of GMO, genes may be deleted from an organism (say, a mushroom that doesn't get brown when touched), but this alteration would not merit a GMO label, the New York Times reported.

Farmers can still breed freaky foods that aren't GMOs, though. Case in point: white strawberries, the New York Times reported, and seedless watermelon, according to Mother Jones. Pineberries (pictured below) are a cross between pineapples and strawberries — and this hybrid fruit is not a GMO.

2. Are GMOs safe for humans to eat?

The United States says yes, other countries aren't sure.

The National Academies of Science published a study in May 2016 that shows GMOs are not risky to eat, NPR reported — touting the study as "the most comprehensive review of GMOs" to date. While GMOs appear safe to eat and have allowed farmers to spray less insecticide on their crops, researchers noted that in the future, bugs may develop a resistance to GMO crops.

Around 28 nations allow cultivation of GMO crops, the Genetic Literary Project stated. According to the Non-GMO Project, roughly 60 countries around the world do not consider GMOs safe. But get this: Many developed countries that prohibit cultivation of GMO crops — parts of Europe, for example — still import GMO livestock feed because imported GMO feed is cheap, the New York Times reported.

The World Health Organization takes a moderate view on GMOs, stating that "individual GM foods and their safety should be assessed on a case-by-case basis."

3. Who decides if GMOs are safe for Americans?

GMOs don't need government approval before they hit the market.

Three government agencies (FDA, EPA and USDA) determine whether GMO crops are safe, the Federation of American Scientists states, yet these agencies act under the assumption that GMO crops are not significantly different from regular crops and should "generally be regarded as safe," according to a report from the Library of Congress.

"The U.S. approach to regulating GMOs is premised on the assumption that regulation should focus on the nature of the products, rather than the process in which they were produced," the Library of Congress report stated. Translation: GMO foods are innocent until proven guilty, and they're evaluated in the same way as non-GMO foods.

It's possible that, in the future, they could.

Golden rice, a GE grain that has a boost of vitamin A, is frequently cited as an example of GMOs' potential to save the world. This supergrain has the potential to "save millions from malnutrition," Lucky Peach reported. The first clinical trial with golden rice was published in the American Journal of Clinical Nutrition in 2009.

Still, it's unclear how long the world would have to wait for golden rice to become the lifesaving superfood it's been built up as. In a February 2016 interview with Mother Jones, the International Rice Research Institute, or IRRI, a multinational organization dedicated to perfecting golden rice, declined to estimate when the rice would be ready.

The rice has some high-profile advocates. The Rockefeller Foundation, the Bill and Melinda Gates Foundation and other big spenders have funded golden rice research, Mother Jones noted.  A letter published on June 30 that criticizes Greenpeace for their stance against GMOs and golden rice has signatures from more than 100 Nobel Laureates.

In the letter, the group of Nobel Laureates encouraged governments to empower farmers with "all the tools of modern biology, especially seeds improved through biotechnology."

The majority of foods in the United States contain GMOs.

Roughly 75% to 80% of U.S. foods have GMO ingredients, the Associated Press reported. Most of these GMO ingredients are corn and soy. The adoption of GMOs has been swift — 20 years ago, the first GMO foods were engineered to withstand Roundup, a popular weedkiller manufactured by Monsanto. Glyphosate, the primary ingredient in Roundup, has since skyrocketed in popularity among farmers — the Environmental Working Group noted that use of glyphosate has increased 15-fold since GMOs were introduced in 1996.

Meat, fish and poultry aren't technically GMOs, but GMOs are frequently present in the feeds used to raise them. Additionally, cows are frequently injected with recombinant bovine growth hormone (rBGH), a genetically engineered hormone that increases milk production. There's no evidence that eating products from these animals has health risks for humans.