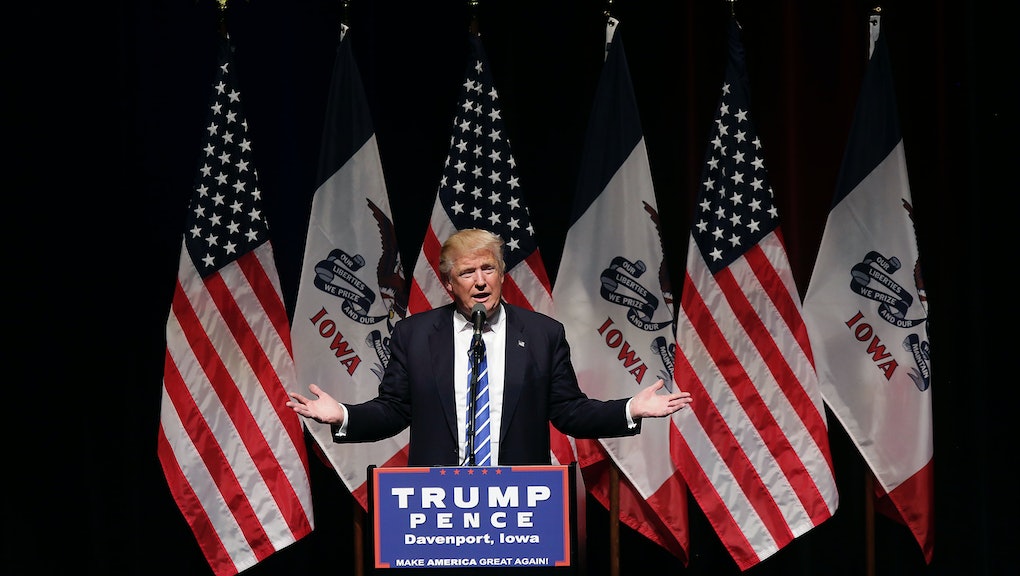 Republican presidential nominee Donald Trump, asked by USA Today's Kirsten Powers on what he would do if his daughter, fashion designer Ivanka Trump, had been treated the way on the job the way Fox News CEO Roger Ailes reportedly treated female employees at the network, had a less than reassuring response.

Rather than advocate that the harasser be somehow stopped from harassing women, Trump instead suggested the ideal scenario would be for Ivanka to "find another career or find another company if that was the case."

Finding another career or switching companies, of course, is a less than ideal response for many reasons — including that a woman should not have to go through the inconvenience and financial risks of pursuing new employment because a man at her job is being a creep. That's not even addressing of whether finding a new job is even possible or desirable. Finally, women leaving a boss who harasses women does not end the unacceptable behavior in question.

In other words, Trump's proposed solution isn't much of a solution at all, and suggests he either doesn't understand or doesn't care about sexual harassment of women in the workplace.

The comments come on the tail end of many such statements by Trump, including remarks about women including Fox News host Megyn Kelly, Rosie O'Donnell and Hewlett-Packard CEO Carly Fiorina that might count as sexual harassment in their own right had they been uttered in the workplace. Earlier this year, numerous women who had worked with Trump told the New York Times that Trump had made inappropriate, sexual and hurtful comments about their appearances or otherwise behaved crudely toward them over the years.

According to a recent poll by Morning Consult, women are significantly less likely to support Trump than Democratic nominee Hillary Clinton, with Trump trailing Clinton 44% to 36%. A Gallup survey released April showed 7 in 10 women polled had a negative opinion of Trump.