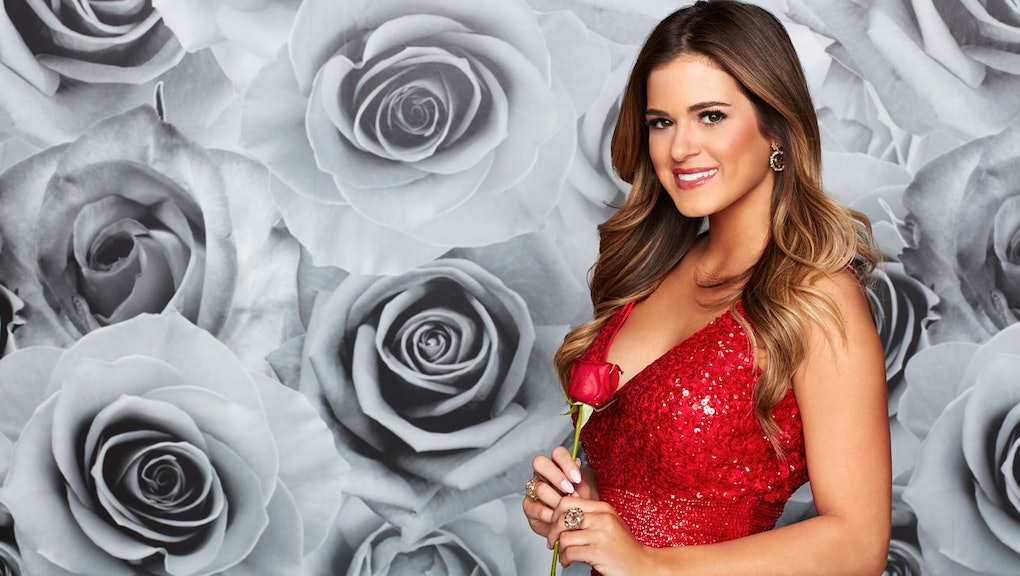 'The Bachelorette: After the Final Rose' Recap: Does JoJo Fletcher Wind Up Happy?

She made her choice! After weeks of deliberating, The Bachelorette's 12th heroine, Jojo Fletcher, chose Jordan Rogers, brother of quarterback Aaron Rodgers. He beat out Robby Hayes.

But there's still After the Final Rose, the reunion special that aired directly after the two-hour finale. What will come in the next hour? We're here to find out.

For the reunion, I'll be live-blogging the finale with Mic's Bachelorette recapper, Anna Swartz, and Bachelor enthusiast Jordyn Taylor. If you want to see how our first two hours fared, they're available here.

Jordyn Taylor (JT): Chris Harrison started off by telling the audience to "congratulate the new couple." Which makes me think they haven't broken up.

AS: Robby stared off into the horizon. That's how many emotions he was feeling.

AS: Now I'm sort of wondering if Jordan and JoJo are still together. Based on how Chris Harrison was talking.

JT: Ugh, Robby. "She actually opened up to me on our second jump off the cliff in Uruguay." That's how my fiancé describes falling in love with me too, funny enough.

AS: I don't care what Robby has to say to JoJo.

JT: Maybe he wants to ask if she saw that sick lacrosse game last night?

AS: Maybe he wants to reminisce about their horse and carriage ride in Florida. So fun.

JT: Robby has a Christian Gray vibe right now, and I don't hate it. And in some ways, this is a red room of pain.

KO: This season was very boring! And as it seems right now, it's going to end exactly as boring as it was throughout.

JT: Chris just asked if it was the physical connection. What is she supposed to say? "Well, Chris, he had a weird penis."

KO: JoJo just said she's "so happy." This is going to be dullsville.

AS: There goes our last hope for drama.

JT: They're gonna spend 40 minutes talking about how hard it was to sneak around and stuff.

AS: I hope they ask Jordan about the rumors that he's a fuckboy. "Is it true you're an infamous fuckboy?"

KO: Can we assume the reason they're hyping up Bachelor in Paradise so much is that they knew this season of The Bachelorette was a whiff, and they're just trying to change the subject?

AS: Maybe that's also why they're leaning so hard on Chad. Because he was the only interesting part of this season.

JT: This season started off so strong, because JoJo was a great bachelorette. But it just fell so flat.

AS: JoJo's weighing in on who should be the next Bachelor.

JT: Chase cannot be the next Bachelor. He only has three feelings.

KO: Chad's trying to make a case for being the next Bachelor on live TV!

JT: Chad, what the fuck?

AS: Chad confuses me so much. Because I thought he wasn't self-aware, but now I'm like: Is Chad the greatest performance artist of our time? Is Chad Banksy?

KO: JoJo is blaming "the media" for her troubles with rumors.

AS: Did they ever actually say Aaron Rodgers is coming?

JT: I may have made that up.

AS: Did they just say his name a thousand times? If you say Aaron Rodgers 20 times into a mirror, he shows up behind you and mends your broken family relationships.

KO: We have 25 minutes left, and we just have to hear about how happy they are together.

AS: I don't care about Jordan. What if they have to join Ben and Lauren's spin-off, and they all have to live together? I would watch that.

JT: They should have to live together on, like, a pioneer farm.

KO: I wish Chris Harrison would read them the rumors, and Jordan had to respond to every one specifically. Instead of just referring to them as "rocky bits."

JT: Not the rocky bits!

AS: They seem not that psyched.

KO: Oh, they are putting up the tabloids on the screen.

JT: "There's not a playbook for dealing with it."

KO: Jordan is on-theme until the very end.

KO: Chris Harrison reveals a new People magazine cover in which JoJo and Jordan deny rumors. What a bummer that that's the triumph.

AS: An exclusive look at People magazine is my reward for two hours and 40 minutes of watching.

JT: He's talking about next steps. Will they have a live TV wedding? They're moving to Dallas. Did he just call it "the big D"?

JT: Because he's thinking of the big D. Moving is stressful.

KO: So here's the thing about this season, which we're 15 minutes away from being done with: JoJo is a fascinating Bachelorette who made literally the most boring choices at every single opportunity. She narrowed it down to the most similar guys very quickly. Remember when she eliminated half the men of color in the first episode? That was a thing that happened.

JT: RIP Ali. Ali never had his time to shine.

KO: God, Chris Harrison is trying to get something out of these two — on their troubles, on Aaron Rodgers — and they are giving him nothing. That's why production is leaning so heavily on the happily-ever-after angle. They don't have any controversy. Chris is literally vamping for time, and we still have 15 minutes left.

JT: "Hopefully, Aaron can make it to the wedding." Jesus. Chris wanted something so juicy. They probably have bloopers cued up.

AS: JoJo is now talking about loving Snapchat filters. That is the most interesting thing that has happened in the last 10 minutes.

AS: Chris Harrison for next Bachelor.

KO: They're getting to go back to the resort in Pennsylvania.

JT: Is that really it? I thought they got to go back to Thailand. Nope! Pennsylvania.

AS: Was that really the surprise?

AS: Finally, someone said it.

JT: I hope Nick falls in love again and gets crushed. Do you think Nick's 47 siblings wept the entire time he was away in paradise?

KO: And that's it. What a dull season. Chris Harrison ends with, "I promise, plenty of drama!" on Bachelor in Paradise. He knows how shit this was. What even was the point of this season?

KO: Any last impressions? Final thoughts? Who we want the next Bachelor to be?

AS: I've written at length about this, but we need a queer bachelor or a person of color. Just someone different to break this boring spell of hair-gelled white dudes.

JT: I want it to be less family values-y. Then again, that's why we have Bachelor in Paradise.

AS: But The Bachelor can be fun! We've seen it be fun. It walks a fine line between wholesome, sexist propaganda and a self-aware, enjoyable garbage fire. This season trended more towards the former.

KO: Yeah, there was something about this last season of The Bachelor that felt like it was taking itself a bit less seriously.

AS: This season, the dudes were so similar.

KO: That's the key: casting. We'll see if they handle it any better come Bachelor in Paradise — premiering Tuesday on ABC.