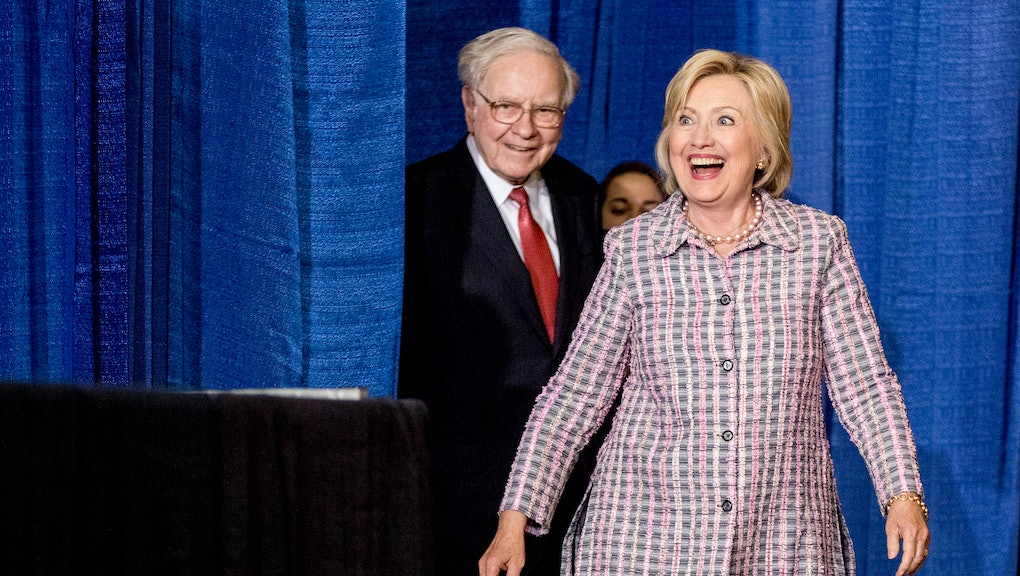 Republican Rep. Richard Hanna of New York announced on Tuesday that he will vote for Democratic presidential nominee Hillary Clinton in November, making him the first member of Congress to announce they will cross party lines on Election Day.

"For me, it is not enough to simply denounce his comments," Hanna, who represents a district in Upstate New York, wrote in an op-ed on Syracuse.com. "He is unfit to serve our party and cannot lead this country."

Hanna, who is retiring after his term expires in January, has been on the #NeverTrump wagon since March.

But in his op-ed, Hanna went further and said he is now going to vote for Clinton this fall, calling Trump a "self-involved" and "unrepentant" man whose latest fight with Khizr and Ghazala Khan — the Gold Star family whose son died while serving in Iraq — made Hanna take the leap to vote Clinton in November.

It's a stunning admission given how polarized the country has become.

"While I disagree with her on many issues, I will vote for Mrs. Clinton," Hanna wrote. "I will be hopeful and resolute in my belief that being a good American who loves his country is far more important than parties or winning and losing. I trust she can lead."

During the Democratic National Convention last week, the Clinton campaign showcased a handful of independents and Republicans who announced they will also vote for Clinton this fall. That included Doug Elmets, a Republican who served in former President Ronald Reagan's administration, and former New York City Mayor Michael Bloomberg, a registered independent.

Similarly, Sally Bradshaw, a Florida Republican and former top adviser to Jeb Bush, announced she has left the Republican Party and will vote for Clinton in November if polling shows her home state of Florida is close.

"I can't look my children in the eye and tell them I voted for Donald Trump," Bradshaw told CNN.