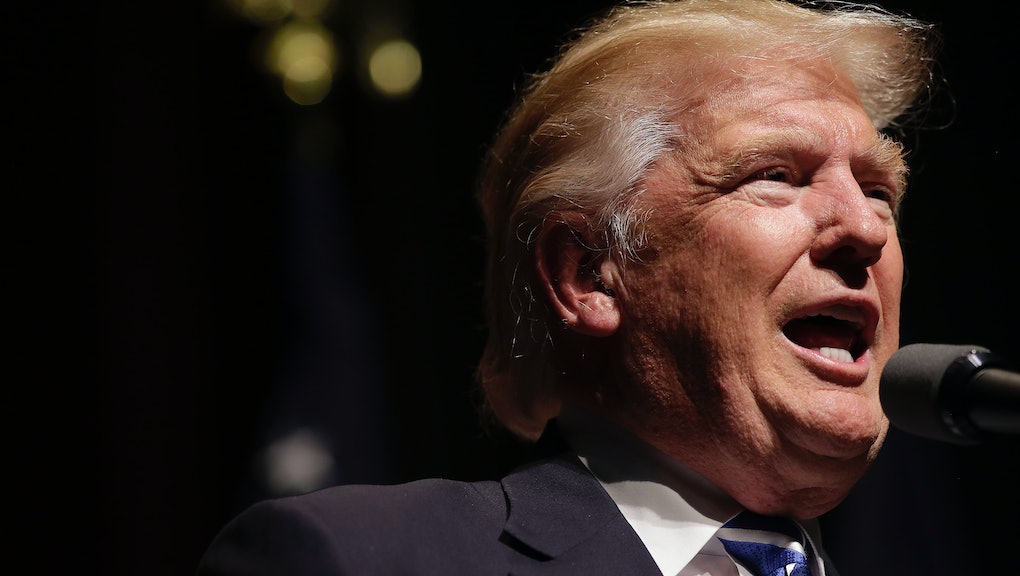 "I don't think [Trump] knows the meaning of the sacrifice," she wrote in a statement.

On Monday night, the New York Times released a report on the candidate that some might argue quantifies Khan's claim: According to the Times, Trump deferred the draft a total of five times over the course of the Vietnam War.

Trump, said the report, had an "unblemished" medical history, save for a "routine appendectomy" when he was a boy. His good health, coupled with what the Times termed an "athletic build" from playing a handful of sports and the fact that he had just graduated from college in 1968 — the peak of U.S. intervention in the war — seemingly made Trump a perfect candidate for the draft.

But after deferring the draft four times on the basis of attending Fordham University and then University of Pennsylvania, Trump reportedly deferred the draft once more for bone spurs in his heels.

In an interview with the Times, Trump said a doctor gave him a "very strong letter" at the time confirming his condition, but he'd have to search for a copy of it. When the Times investigated the Select Service records in the National Archives, the publication was unable to verify what medical condition had allowed Trump to be excused from the draft.

Of the bone spurs themselves, Trump said, "Over a period of time, it healed up."

The suspicions surrounding Trump's draft deferment heap onto a general wariness some veterans and current service members feel toward the candidate.

Several speakers at last week's Democratic National Convention honed in on Trump's characterization of the military as "a disaster" during a January debate. In June, the candidate accused troops serving in Iraq of embezzling funds, and last year Trump targeted Arizona Sen. John McCain, a former prisoner of war, saying he "likes people who weren't captured."

This week, McCain came out against Trump for his criticism of the Khans.

"I cannot emphasize enough how deeply I disagree with Mr. Trump's statement," McCain said in a statement Monday.