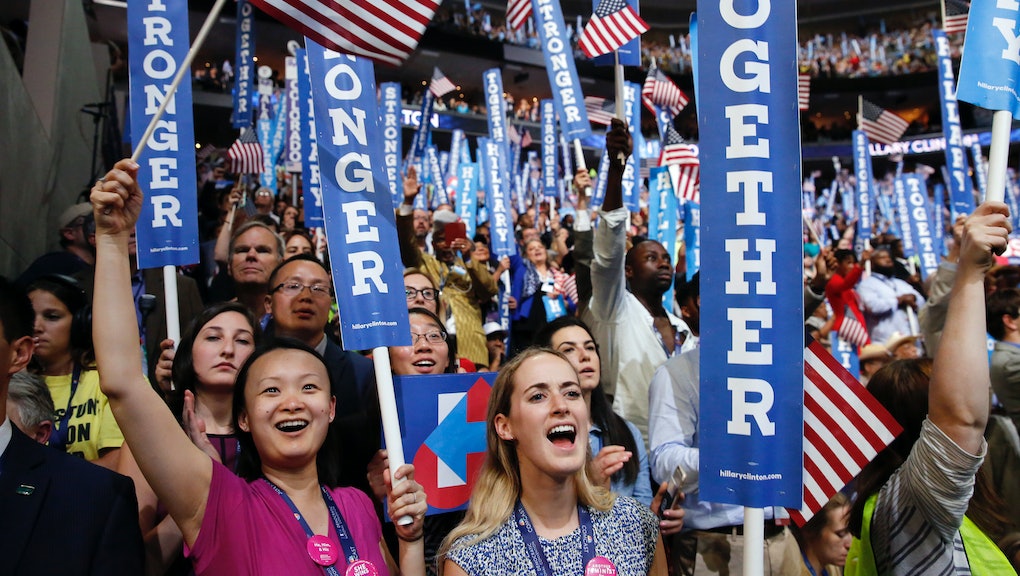 Most Americans are focused on the outcome of the 2016 election between Donald Trump and Hillary Clinton.

But even before we learn which party's nominee will occupy the White House come January, many are wondering how this campaign season will affect future races.

And that outcome could be bleak for the Republican Party, which some experts say could have permanently alienated millennials by nominating Trump — whose message of fear and inflammatory rhetoric against racial and religious groups could push younger voters away from the GOP for cycles to come.

"Democrats are saying, 'We're the party for young people, for Hispanics, for African-Americans, for Asians, for disabled people, for veterans. We have a positive vision for the future where we're all stronger together,'" said Tim Miller, a former spokesman for Jeb Bush and a vocal member of the Never Trump movement. "And Trump, he is offering a vision of a barren hellscape of rapist Mexicans and violent Muslims. This is not the experience that most 18-year-olds have."

They found that younger voters in swing states between the ages of 18 and 29 had a negative view of the GOP by a 2-to-1 margin. On the flip side, that same group of voters viewed the Democratic Party favorably by a 2-to-1 spread.

To rectify that, the authors of the report said Republican leaders had to offer a message of inclusion and appeal to diverse constituencies, or else risk once again losing the millennial vote.

"We must change our tone — especially on certain social issues that are turning off young voters," the authors of the autopsy report wrote. "In every session with young voters, social issues were at the forefront of the discussion; many see them as the civil rights issues of our time. We must be a party that is welcoming and inclusive for all voters.

However, instead of heeding that advice, Republican primary voters went with Trump — who has made a ban on Muslim immigration and a wall along U.S.-Mexico border key tenets of his campaign.

The difference in that message was clear during the party's conventions last month.

At the Republican National Convention in Cleveland, speakers painted a picture of a country in ruins thanks to immigrants and radical Muslims. At the Democratic National Convention in Philadelphia, a diverse array of speakers, including Obama himself, presented a message of American exceptionalism and hope to make the United States a better place.

Following the conclusion of the conventions, Clinton now leads Trump by an average of 4.5%, according to the RealClearPolitics average. And even high-ranking, longtime Republicans are jumping ship, disavowing Trump to back Clinton.

As of early July, Clinton led Trump by a margin of 54% to 28% among likely voters ages 18 to 29 in a survey of millennial voters conducted by Harvard University's Institute of Politics.

Republicans like Miller worry that some of those voters who side with Clinton in November will be Democrats for the foreseeable future.

"Voting is habitual," Miller said. "I think there are a lot of studies out there that show that the party somebody votes for between the age of 18 and 25 is, not always, but often the party they vote for their whole life. It's tribal. Once you pick a side, you end up being defensive of your team."

But others say if Republicans learn their lesson from Trump, and in four years nominate a candidate with a message of social inclusion, then all is not lost.

"I think Donald Trump is so quirky and unique, so bizarre and so different that he certainly will have an effect on this election," said Stu Rothenberg, a nonpartisan political handicapper. "But I don't think it necessarily carries over to two years or four years or beyond. It really will depend who the nominee is."

Rothenberg added, however, that if Trump's worldview remains the GOP message, millennial voters could be gone for good.

"If the new Republican Party is Donald Trump's party, then it would be a long-term problem," Rothenberg said. "Trump's message only appeals to old, resentful, white voters."