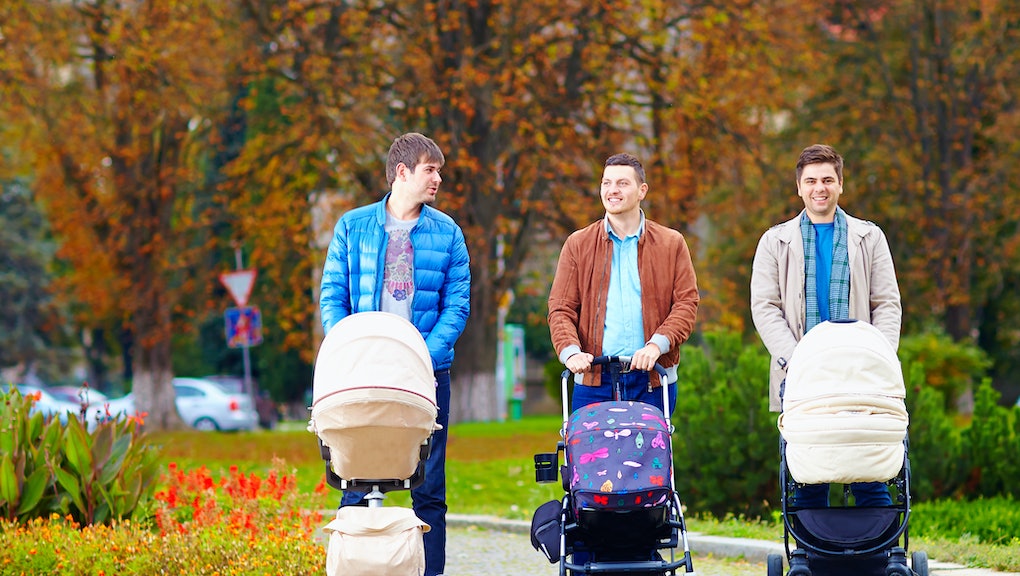 Paid Parental Leave: More Americans Are Getting It, But Not the Ones Who Need It Most

There's good news and bad news for parents hoping to spend time with their newborns.

The number of workers getting paid family leave in the United States increased slightly between 2011 and 2015, according to a recent Department of Labor study. But the U.S. still lags far behind peer countries across the globe that actually mandate parental leave, per a new report from HR consulting firm Mercer.

Since the government does not currently require it, U.S. businesses generally view family leave as a job perk: not a right.

"For many companies, this is a business issue," Ellen Bravo, executive director of advocacy group Family Values @ Work, told the Associated Press. "It's about retaining and attracting talent."

Certain U.S. industries have been disproportionately more or less likely to increase paid leave, with blue-collar workers seeing among the fewest gains.

The Department of Labor found that less than 10% of U.S. service, manufacturing, farming or construction workers get paid family time off, a rate that has been stagnant since 2011. On the other hand, the proportion of workers in the technology sector with access to paid leave has climbed to 30% in 2015, up from 23% in 2011.

In general, technology and financial services companies are leading the shift to more generous policies for parents. Yet both sectors, unfortunately, are known for a lack of diversity, which means minorities and women are less likely to benefit from this trend.

Meanwhile, voter support is strong for a federal rule mandating paid time off for all U.S. workers. A July poll of 15 swing states found that voters favored such policies by a nearly two-to-one margin.

A number of high-profile companies have rolled out paid leave policies in the last year: Twitter and Etsy recently raised their paid parental leave allotments to 20 and 26 weeks, respectively.

Netflix, Google, Facebook, and Microsoft all offer leave of at least 12 weeks — and Netflix offers a full year.

Before you start lining up to pat woke tech CEOs on the back, as Bloomberg notes, it's pretty cheap to offer paid leave to a mostly-male workforce — men don't usually take much of their leave, even when it's offered.

Tech workers also typically have higher incomes: Even the interns at Silicon Valley technology firms can make upwards of $6,000 to $7,000 a month. That means they are better equipped than blue-collar workers to afford childcare, a huge financial drain whether you get paid parental leave or not.

Popular support seems to be bringing mandatory leave to more states, including California and New York, which have both moved to pass laws requiring paid parental leave; and Democratic presidential nominee Hillary Clinton has made it a key part of her platform.