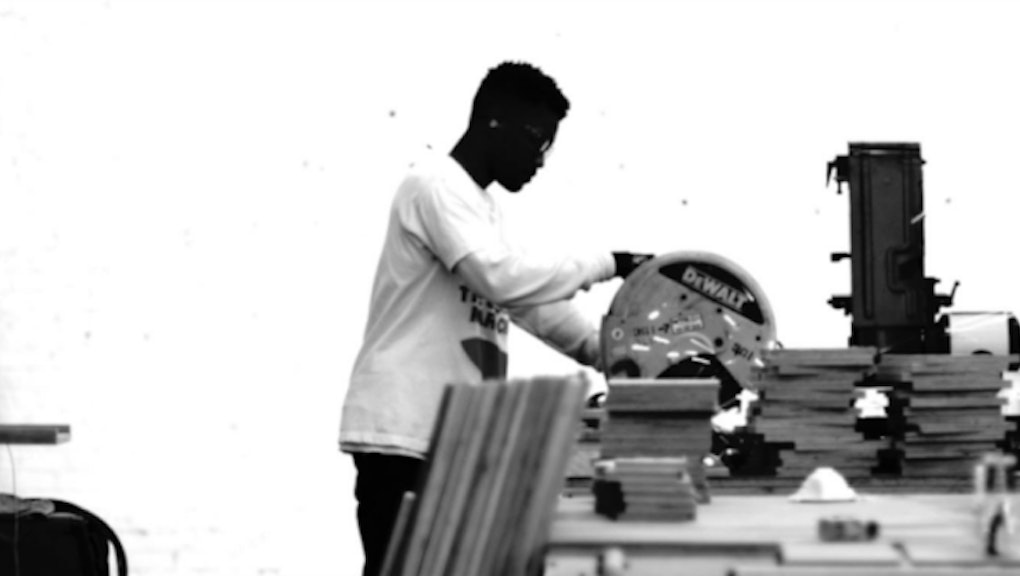 What is Frank Ocean building on his site's livestream? Here's a list of fan theories.

Nobody is exactly sure what the hell Frank Ocean is doing at this point. Early Monday, the R&B artist unveiled a surprise livestream on his site, which is fixed on a room full of desks and speakers. It led many to believe he'd soon perform some or all of — or at the very least announce a release date for — his forthcoming album.

Instead, Ocean picked up a few slabs of wood and spent the day sawing and shaping, taking the occasional break to check his phone. It's hard to describe the sounds playing as music — more like elevator muzak. He left the task of confirming his album's release date to unnamed inside sources.

So, what the hell is Ocean building? The Twittersphere offered a few theories after watching the livestream Monday, and again when he returned to the warehouse Tuesday for another hard day's work. One theory gaining traction is that Ocean is constructing a spiral staircase — a supposition one Twitter user shared back in March while talking to a "dude at a bar," which has gotten a whole new level of editorial attention.

A bridge, from which to troll his fans beneath

Only time will tell.