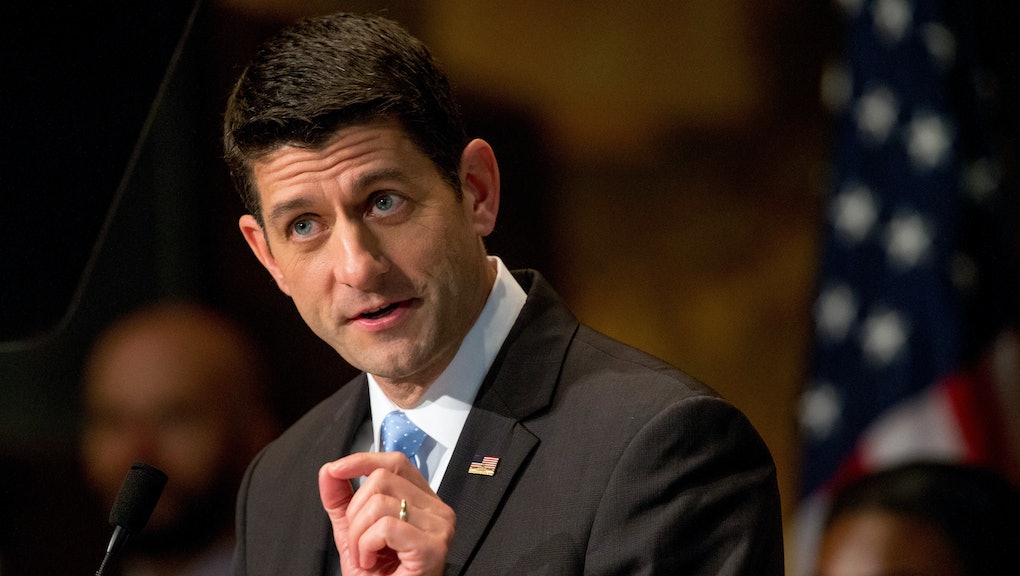 In an interview at the Trump National Golf Club in northern Virginia on Tuesday, Trump told the Washington Post he was "just not quite there yet" in endorsing Ryan's re-election bid this year, saying "we need very, very strong leadership." His statements echoed language Ryan used in May to delay endorsing Trump. "I'm just not ready to do that at this point," Ryan said in a CNN interview. "I'm not there right now."

On McCain, Trump said, there is no endorsement forthcoming as "I've never been there with John McCain because I've always felt that he should have done a much better job for the vets."

"New Hampshire is one of my favorite places," Trump told the Post. "You have a Kelly Ayotte who doesn't want to talk about Trump, but I'm beating her in the polls by a lot. You tell me. Are these people that should be representing us, okay? You tell me."

The refusal to endorse Ryan and McCain — a fairly remarkable political decision in an election year where Trump is ostensibly trying to unite the party under his leaders — came after both politicians criticized Trump for mocking Ghazala and Khizr Khan, the parents of U.S. Army officer Humayun Khan, who died in Iraq in 2004.

Khizr Khan gave a blistering criticism of Trump at the Democratic National Convention in July, endorsing Democratic nominee Hillary Clinton and asking if Trump had read the U.S. Constitution. Ghazala Khan, who later said her son's death was too painful for her to speak about, stood beside her husband.

In response, Trump suggested Ghazala Khan was not allowed to speak because she was a female Muslim. Ryan and McCain both described Trump's counterattack on a Gold Star family as unacceptable.

In the interview Tuesday, Trump alluded to little-known Ryan challenger Paul Nehlen as a "big fan of what I'm saying — big fan. ... [He] sent me a very scholarly and well-thought-out letter yesterday and all I did was say thank you very much for your very nice letter."

Just a few short weeks ago, Ryan persisted in his endorsement of Trump even as the nominee came under fire for an immense range of controversies, saying party unity was crucial to win the election in 2016. He even gave a speech at the RNC in which he seemed to avoid saying Trump's name, but still called Trump and his vice presidential nominee Mike Pence the "better way ... let the party go on and on with its constant dividing up of people."

While it is unlikely Ryan, who is popular among GOP primary voters in his home state of Wisconsin, is at any risk of losing his job, Public Policy Polling results from mid-May suggest McCain is deeply unpopular with the Republican electorate.

However, knocking either politician out of the picture may not be the point of Trump's latest controversy.