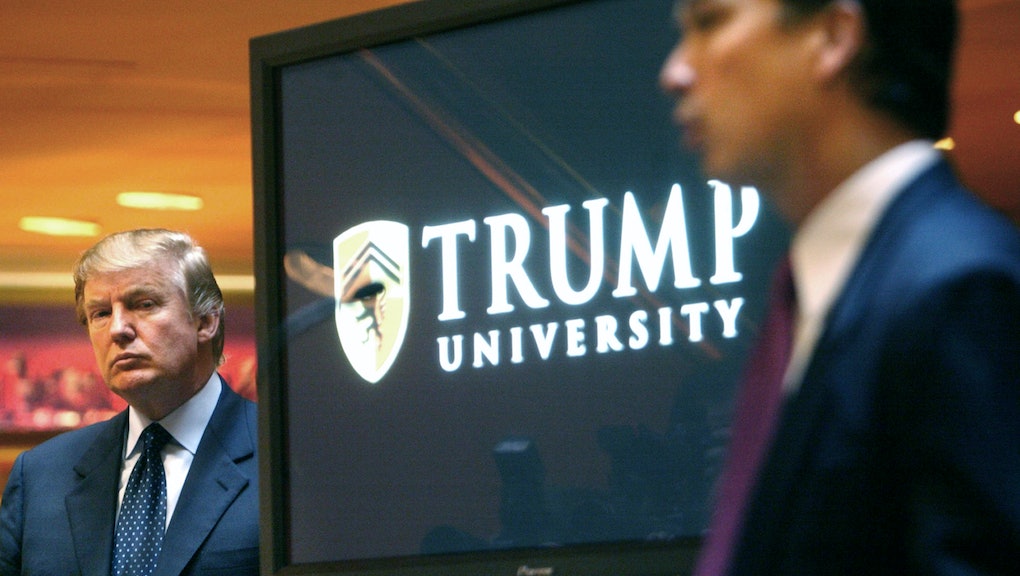 Curiel, the same judge Trump criticized in June as having an "inherent conflict of interest" due to his Mexican heritage and the candidate's position on a U.S.-Mexican border wall, wrote in his decision "the Court agrees with Plaintiff that the evidence in the record raises a genuine issue of material fact as to whether Defendant (Trump) participated in the operation or management of the enterprise."

He added there was sufficient evidence to dispute whether Trump deliberately engaged in a "scheme to defraud" the university's clientele, as well as whether Trump University made "false and misleading" statements about the school's program to potential students.

Trump University was a for-profit educational institution which operated from 2005-2009. It assured its students that it would relay the wisdom and business acumen which enabled Trump to accumulate billions of dollars in personal wealth. Former students of the institution have launched a class-action suit against it, alleging Trump University marketed itself using blatant lies regarding Trump's degree of involvement in the program's management and curriculum (minimal) and that its sales team played students for chumps (seemingly confirmed by leaked documents published by Politico).

Though asking for summary judgment is a routine legal maneuver usually dismissed by the judiciary, today's ruling denying that judgment more or less ensures the case will go to trial.

However, Curiel also denied a request to release Trump's videotaped deposition in the case to the media, saying it might prejudice potential jurors against the candidate when the plaintiffs have their day in court in November. Unfortunately for voters hoping the case might provide some insights into the Republican nominee for the presidency, the trial will not proceed until after the presidential elections on Nov. 8.