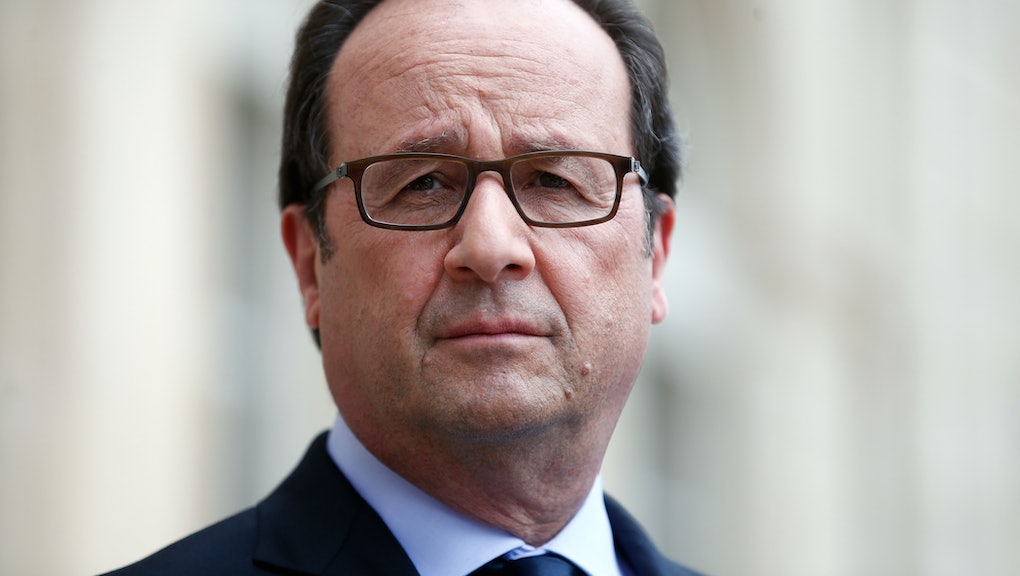 French President François Hollande is wading into the 2016 election, telling journalists in Paris that Republican presidential nominee Donald Trump's latest comments about the family of fallen Muslim soldier Humayun Khan made him want to throw up.

"His excesses make you want to retch, even in the United States, especially when — as was Donald Trump's case — he speaks ill of a soldier, of the memory of a soldier," Hollande said, Agence France-Presse reported.

Hollande — whose country is one of the United States' longest-standing allies — went even further, saying "democracy is also at stake" in 2016.

"Should the American people choose Trump, there will be consequences, because a U.S. election is a global election," Hollande said.

His comments came the same day that President Barack Obama called Trump "unfit" and "woefully unprepared" to be commander in chief — a stunning comment from a sitting American president.

They also come at a moment when Trump's campaign appears to be spiraling.

Trump now trails Clinton in polls following the Democratic National Convention — in which Democrats, independents and even a handful of Republicans spoke out to call Trump a dangerous figure who threatens America's safety and prosperity.

Since the convention ended, Trump hit back at Khizr and Ghazala Khan, the parents of slain veteran Humayun Khan, who died in Iraq. Khizr Khan said Trump's Muslim ban would send the country into a constitutional crisis. Trump's criticism of the Khans — he called Khizr Khan "vicious," and suggested Ghazala Khan remained silent during her husband's speech because of her religion — prompted fierce criticism from fellow Republicans.