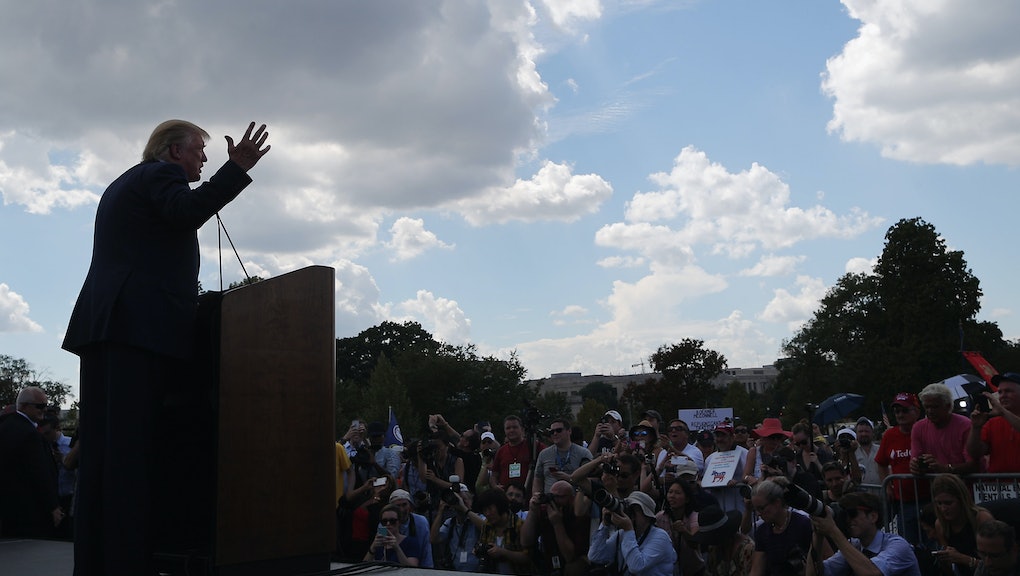 Republican presidential nominee Donald Trump is reportedly having trouble grasping why it might be a dangerous idea for the United States to deploy nuclear weapons.

"Several months ago, a foreign policy expert on the international level went to advise Donald Trump. And three times he asked about the use of nuclear weapons," Joe Scarborough said Tuesday on MSNBC's Morning Joe. "Three times [Trump] asked at one point if we had them why can't we use them."

"Be careful, America — and be careful, Republican leaders," Scarborough's co-host, Mika Brzezinski, said directly to the camera after a pause.

Hayden said during the program that he was concerned about Trump winning the race for the White House — which means getting access to the nuclear codes — because he's too "erratic" in his behavior.

Trump has been critical of U.S. foreign policy as pursued by President Barack Obama and his endorsed successor, and has voiced — if not fully detailed — a fairly hawkish blueprint for pursuing international affairs were he to be elected, calling himself "the most militaristic person" seeking the presidency.

A Trump spokeswoman didn't immediately respond for comment on Scarborough's remarks, but in a Tuesday night campaign release on Obama's "failed leadership," said, in part:

"Obama-Clinton have single-handedly destabilized the Middle East, handed Iraq, Libya and Syria to ISIS, and allowed our personnel to be slaughtered at Benghazi. Then they put Iran on the path to nuclear weapons..."

Trump has spoken out repeatedly against the Iran nuclear deal. He's said he would have had more fruitful negotiations, but his arguments for how he would have done so have been brought into sharp question by fact checkers, the Associated Press among them.