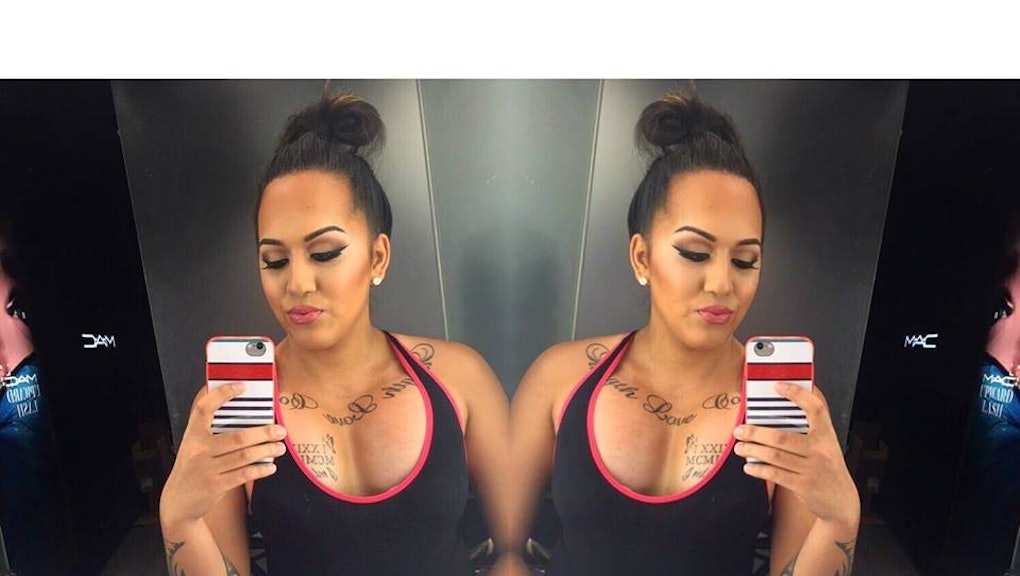 Despite what Eric Trump might say, so-called "strong women" are sexually harassed at work all the time. Earlier this week, 21-year-old transgender student Makana Milho went viral after she posted a livestream of her being sexually harassed by her supervisor, according to the Daily Beast.

A student from Honolulu, Milho was completing community service to get a theft charge expunged from her record, the Honolulu Star-Advertiser reported. On the fifth day of her community service, her work site supervisor, a city groundskeeper, got completely out of line.

Milho's lawyer told the Star-Advertiser that her 47-year-old boss, Harold Villanueva Jr., pinched and slapped Milho's rear end while she was cleaning the park bathrooms. Later, Milho started secretly livestreaming their conversations. In one, he appears to be saying she could go home early in exchange for sexual favors, telling her he wants a blow job and a kiss.

Milho also said Villanueva asked her invasive questions about her gender before propositioning her, the Daily Beast reported, asking her if she was "born a woman" and if she had smaller breasts before.

Unfortunately, this kind of workplace sexual harassment is common, especially for transgender workers. In 2009, the National Transgender Discrimination Survey interviewed 6,450 transgender Americans and found that 97% of them had experienced some kind of sexual harassment at work. Transgender women are especially likely to be sexually assaulted by people employed to help them, including police officers and shelter staff members.

Since Milho's videos went viral, she said many people have blamed her for the abuse, accusing her of inviting her own harassment. Eventually, she said, the online abuse reached a point that she decided to remove the videos from Facebook.

"I took it down because I was getting so much backlash," she told the Daily Beast, saying people accused her of being a sex worker who encouraged the supervisor's advances. "People were saying it's my fault."

But thanks to Milho's livestreams, hopefully her community service supervisor will be brought to justice.