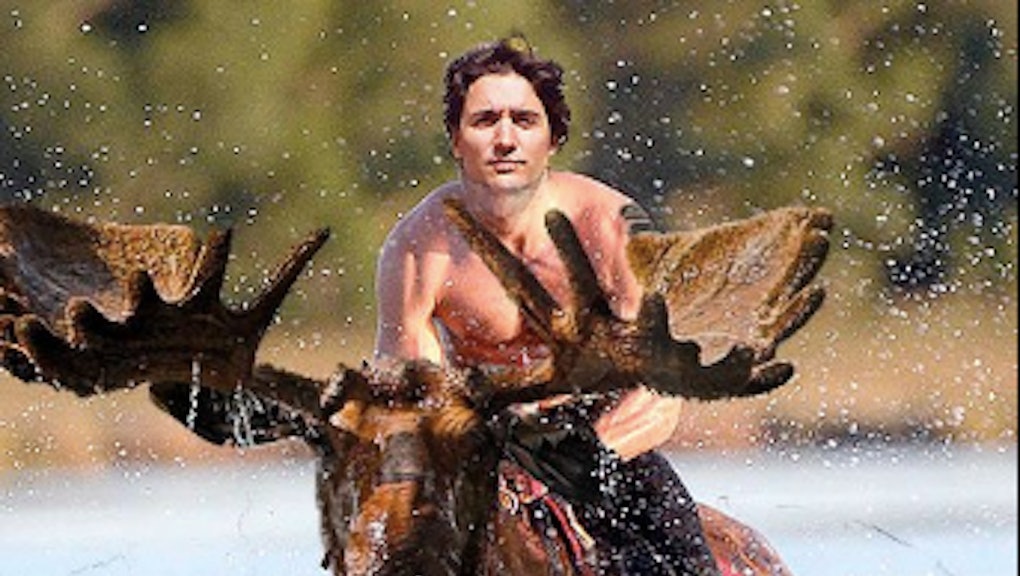 Observe in its natural habitat: A rare Shirtless J. Trudeau, genus prime minister, emerging from the cool, watery depths of Canada's majestic Lusk Caves. Outdoorsman and dad Jim Godby, of Peterborough, Ontario, spotted the Shirtless Trudeau whilst exploring the natural wonders of Gatineau Park. He identified the PM by its characteristic jovial trill.

"It was just said with such an enthusiastic, joyful tone that that's what kind of struck me," Godby told the Toronto Star. "He evidently enjoys leading ... it seemed pretty characteristic of his personality."

Indeed, the Shirtless Trudeau — native to Ottawa, Ontario — is known to be an enterprising sort, thriving in positions of leadership and meticulously feathering its Canadian nest with equality for all. The Shirtless Trudeau is seldom seen, although it will occasionally surface for charity boxing matches and, apparently, underground adventures. It is easily identified by the raven-shaped markings on its left arm.

Others fortunate enough to catch a glimpse of the Shirtless Trudeau have recalled experiencing extreme and lingering thirst.

"When you step out your front door, you never know what adventures await," Godby wrote in a post-encounter Facebook post, according to the BBC.

Behold, the Shirtless Trudeau — one of Canada's most prized national treasures.