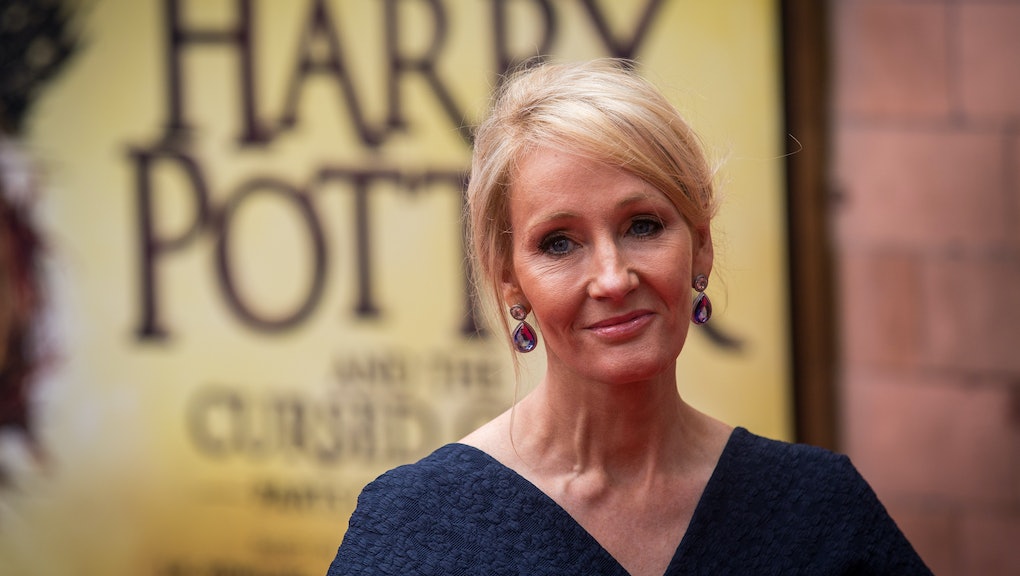 Much like horcruxes, the curse of the Defense Against the Dark Arts position and the question of the Weasley brothers' sexual orientation, the ability of people with vaginas to climax from sexual pleasure — often referred to as "the female orgasm" — is often considered a dark and mysterious thing.

Lucky for us, however, Harry Potter author J.K. Rowling is on Twitter to explain to us where the "female orgasm" comes from, and why it exists in the first place — a question that evolutionary scientists have been hoping to answer for years.

In response to a recent study claiming that cisgender women evolved to have orgasms as a way to facilitate conception, Rowling responded with a sarcastic theory:

Scientists have proposed numerous explanations, from the suggestion that it releases hormones that facilitate partner bonding, to the proposal that the uterine contractions caused by orgasm help "upsuck" sperm. On Monday, however, the Journal of Experimental Zoology published a study saying that female mammals developed the ability to have orgasms nearly 150 million years ago, as a way to release eggs for post-sex fertilization.

Of course, there is an alternative explanation: orgasms feel really, really good, so men should just STFU and let the rest of us enjoy them. Then again, if men stopped trying to interrogate the shadowy, nebulous roots of women's sexual responses, then J.K. Rowling wouldn't have any material for her sassy tweets.