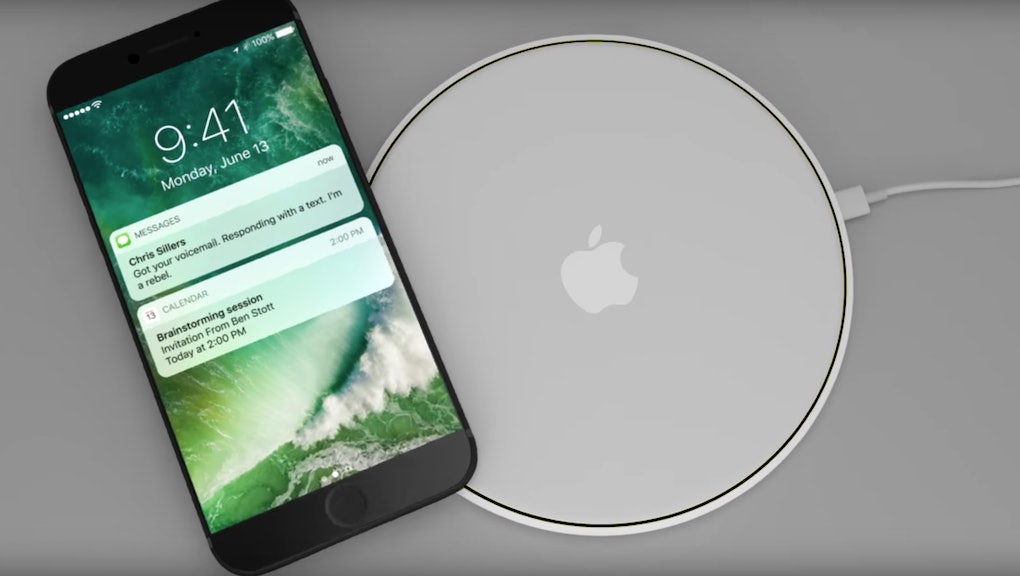 Man, this iPhone 7 concept video is a hot one. If you're one of the millions of iPhone users wondering if the iPhone 7 is worth buying (the release date is likely Sept. 16), check out this new mock-up from TechDesigns on YouTube and try not to drool over the dream features it details.

It makes me wonder if Apple will actually release that rumored iPhone 7 Pro — an advanced option that would sell alongside the iPhone 7 and the larger iPhone 7 Plus, or simply replace the Plus line — and how it'd be a step up from the standard iPhone 7.

New color: It's rumored that Apple will unveil the iPhone 7 with a dark blue option that may or may not replace the current space gray. This leaked advertisement from China suggests four colors: gold, rose gold, blue and gray. The new phone in this video, however, is black, which gave me a rush of nostalgia for the matte black MacBooks of 2006 and that sleek, iron-colored iPhone 5.

Wireless charging: Samsung just announced its Galaxy Note 7 with a lot of features Apple users covet: waterproofing, a low-light camera, an iris scanner, a larger battery and, most importantly, wireless charging. Imagine that! TechDesigns' concept video for the iPhone 7 shows a little smart connector that lets the phone juice up on a flat charger disk. The disk doubles as an external battery.

There's been little evidence that Apple will announce wireless charging in September, especially as it looks to make the Lightning port even more vital. And as rumored colors go, the blue is better-established than the black. But look, we can dream, can't we?

Should you buy the iPhone 7? I'm sticking with this as a basic rule of thumb: if you have the iPhone 5 or 5s, definitely. It's enough of an upgrade to keep you satisfied for two years, and it'll have plenty of features you've never used before. If you have the 6 or 6s, though, you might opt to wait one more year. I hear there are big things coming in 2017.