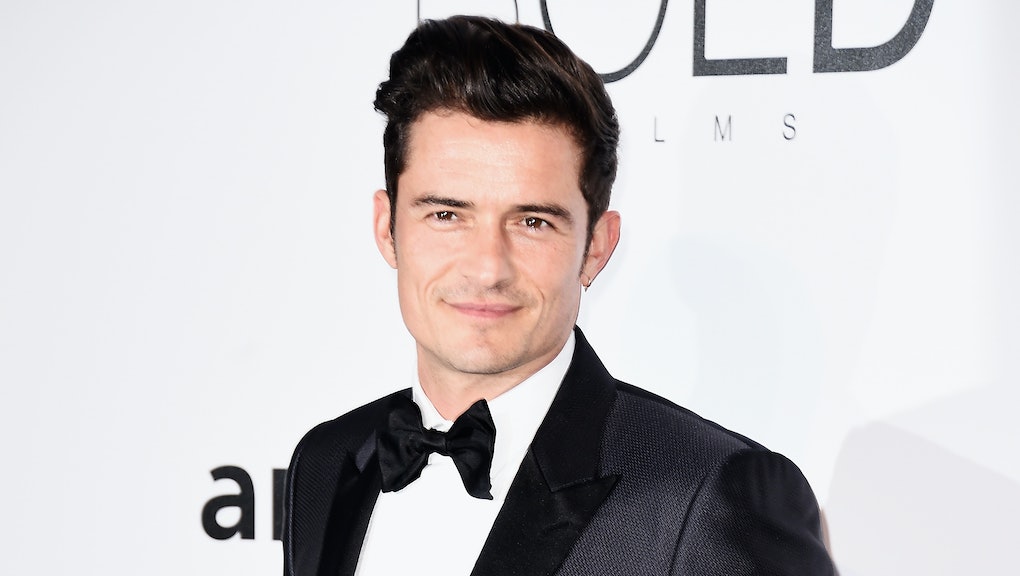 Here's hoping the uncensored nude photos of Orlando Bloom with Katy Perry never leak, because the memes they've inspired could fill 100 Lord of the Rings sequels.

The New York Daily News got a huge exclusive today: nude photos of overgrown elf warrior Bloom, who went on vacation in Italy with his girlfriend, famous singer Perry, and paddled around "in full view of the paparazzi lenses" with a huge smile on his face and nothing over his quiver and arrows.

The Daily News published the pics with a large black square over the goods. Famous or not, Bloom is entitled to a little privacy, but that didn't stop Twitter's cavalcade of thirst from demanding the uncensored photos.

Some eagle-eyed oglers noticed that the black square covered skin, but not a uniquely phallic shadow on Bloom's thigh that looks remarkably like an uncircumcised penis.

Almost instantly, the hunt for Bloom's uncensored nudes turned into a meme. The Daily News might never release the real thing, but at least we'll have these tweets.