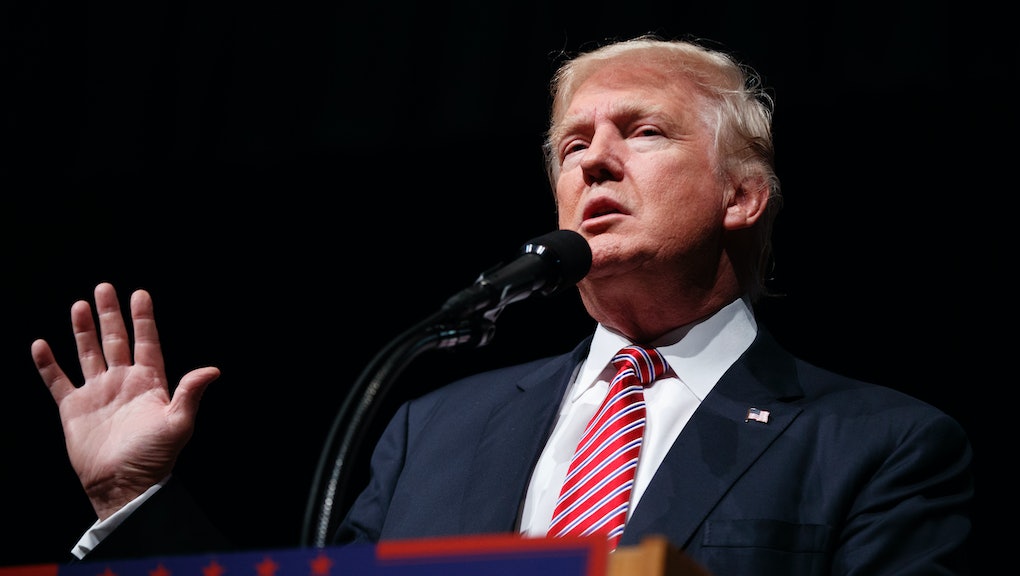 On Wednesday afternoon, the New York Times posted footage of the sort of behavior its reporters commonly encounter at rallies for Republican presidential nominee Donald Trump.

While Trump's rhetoric — full of mean-spirited attacks on women, minorities, the disabled and others — is concerning enough all on its own, the Times footage reveals many of the candidate's supporters have even less regard for basic decency.

Slurs like "nigger" and "fag", apparently, are rampant. The Times also captured chants of "Build a wall! Kill them all!", calls for Trump to "kill her" or "Trump that bitch," referring to Democratic nominee Hillary Clinton, and attendees wearing shirts saying "fuck Islam." The compilation also includes footage of the endemic violence at Trump rallies, usually directed at protesters being removed.

The paper's reporters have seen "... so many provocations and heated confrontations at [Trump rallies] that the cumulative effect can be numbing: A sharp sting that quickly dulls from repetition," the Times wrote. "But was struck us was the frequency with which some Trump supporters use coarse, vitriolic, even violent language — in the epithets they shout and chant, the signs they carry, the T-shirts they wear — a pattern not seen in connection with any other recent political candidate, in any party."

It really does speak for itself, doesn't it?