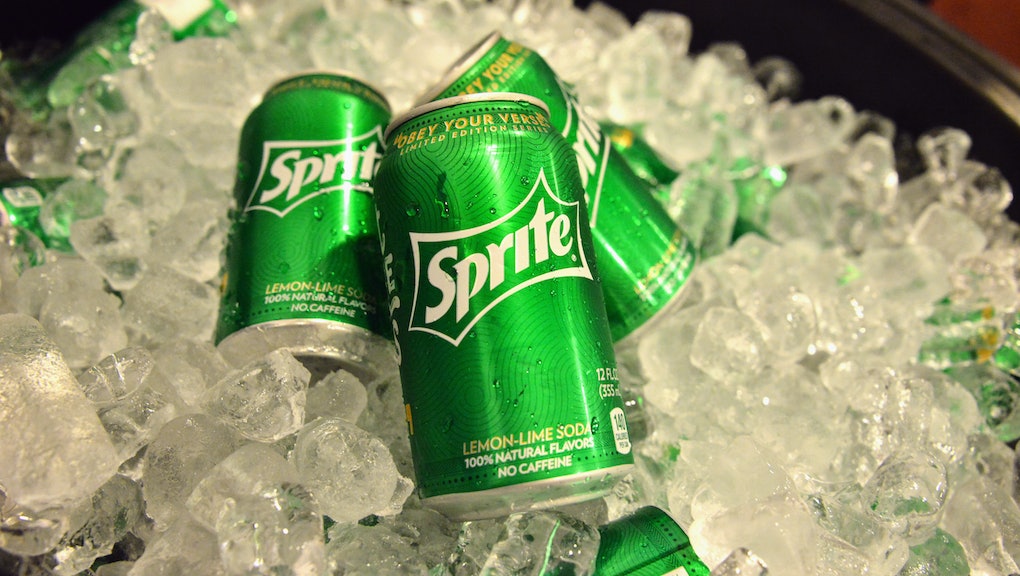 This Slut-Shaming Sprite Ad Campaign Makes One Thing Clear: Do Not Obey This Thirst

A Sprite ad campaign launched in Ireland earlier in 2016 is drawing criticism for containing misogynistic and slut-shamey references to women.

According to the BBC, the campaign is aimed at "celebrating those with guts to tell it like it is," which apparently means celebrating the worst kind of drunk 20-something men gathered at a frat party, because it seems like that's who wrote this ad copy.

"She's seen more ceilings... than Michelangelo," read one of the #BrutallyRefreshing lines blasted out by the campaign, according to photos Twitter users posted.

While it's unclear why Coca-Cola, which makes Sprite, chose to make such bold statements about promiscuity in an era when women have been more vocal than ever about owning their sexual exploits, it's more than clear that the campaign has pissed off consumers in a major way.

According to the BBC, a Coca-Cola spokeswoman has apologized — in a sorry-your-feelings-got-hurt kind of way — and the company has pulled the ad. Coca-Cola, said the spokeswoman, said the company is "sorry for any offense caused by the #BrutallyRefreshing Sprite campaign in Ireland, which was intended to provide an edgy but humorous take on a range of situations."