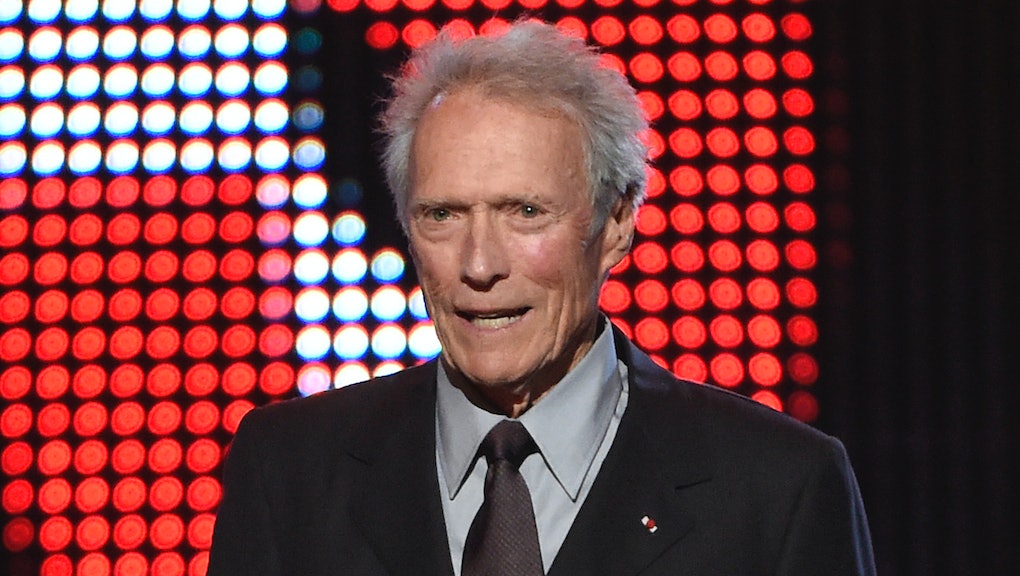 Clint Eastwood, actor and scolder of invisible presidents, thinks this generation really needs to stop being pussies and just get over Donald Trump's divisive and often racist rhetoric, OK?

In an interview with Esquire, Eastwood doesn't formally endorse the Republican presidential nominee, but does say he's "onto something." What that "something" is ... well, let Eastwood explain:

"But he's onto something, because secretly everybody's getting tired of political correctness, kissing up. That's the kiss-ass generation we're in right now. We're really in a pussy generation. Everybody's walking on eggshells. We see people accusing people of being racist and all kinds of stuff. When I grew up, those things weren't called racist."

According to Eastwood, 86, calling for a ban on entire populations based on religion and insinuating an entire nationality is filled with rapists and drug dealers wouldn't be considered racist back when he grew up. You know, the days of segregated schools, Jim Crow, lynchings and internment camps.

"But everybody — the press and everybody's going, 'Oh, well, that's racist,' and they're making a big hoodoo out of it. Just fucking get over it. It's a sad time in history," Eastwood continued, in reference to Trump's implication that a judge presiding over his Trump University case couldn't be fair because his of Mexican heritage.

Now, Eastwood says he doesn't agree with everything Trump says, but he'd have to choose him over Clinton. "I'd have to go for Trump ... you know, 'cause she's declared that she's gonna follow in Obama's footsteps. There's been just too much funny business on both sides of the aisle," he said.

It seems like Eastwood is longing for America to be "great again," just like it was in his day.