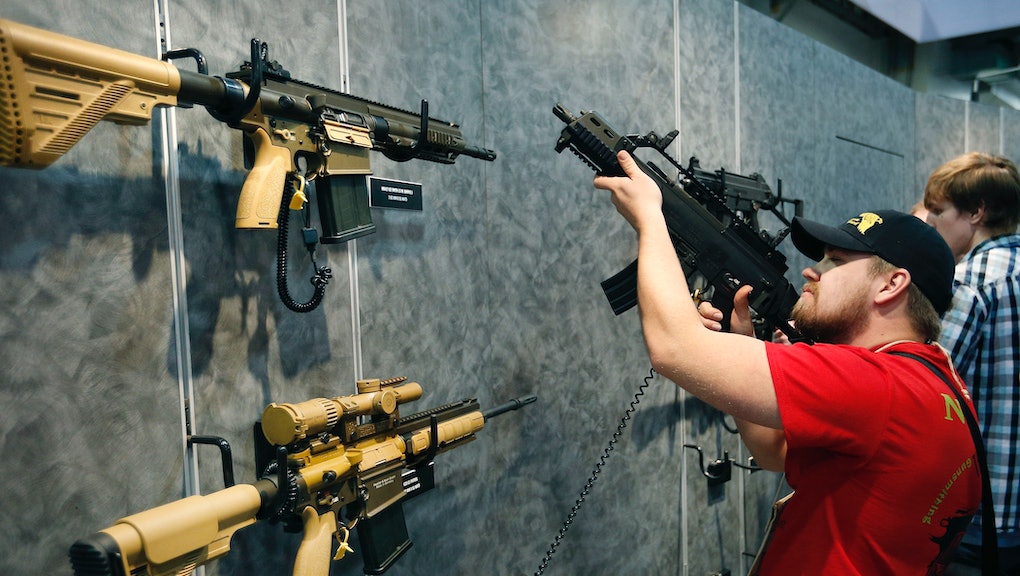 ISIS Thinks Americans Are "Dumb" for Not Having Stricter Gun Laws

Some are eager to divorce the fight against terrorism from the ongoing debate about gun control in the United States. In the wake of the mass shooting at Orlando, Florida, gay nightclub Pulse, the National Rifle Association tweeted that a ban on assault weapons would only strip rights from "law-abiding gun owners" and give the country a sense of "false security."

But in an interview with New York Times, former Islamic State recruit Harry Sarfo told correspondent Rukmini Callimachi that the loose policies on firearms in the U.S. play into the hands of ISIS.

"For America and Canada, it's much easier for them to get them over the social network, because they say the Americans are dumb — they have open gun policies," said Sarfo. "They say we can radicalize them easily, and if they have no prior record, they can buy guns, so we don't need to have no contact man who has to provide guns for them."

According to the Washington Post, Sarfo's comments are far from a revelation: In 2011, a video surfaced showing American al-Qaeda recruit Adam Gadahn telling a group of hopefuls, "America is absolutely awash with easily obtainable firearms."

Gadahn continues: "You can go down to a gun show at the local convention center, and come away with a fully automatic assault rifle without a background check and most likely without having to show an identification card. So what are you waiting for?"

Just days after the Pulse shooting, a Philly.com reporter proved just how right Gadahn was, buying an AR-15 semi-automatic rifle in just seven minutes. The steps, she wrote, were as follows: "Go to a licensed gun store. Fill out about a page and a half of forms. Wait (if that's really the right word for it) for an instant background check, and then pay the man. I told the guy I was on a budget, so I got an AR-15 for $759.99. God bless America."

A week later, legislation calling for strict, universal background checks was one of four gun control amendments legislators tried — and failed — to push through partisan gridlock.

Georgetown University Security Studies program director Bruce Hoffman told the Post in an email, "I think both ISIS and al-Qaeda are opportunists and will use whatever weapon is either available or most useful in the circumstances."