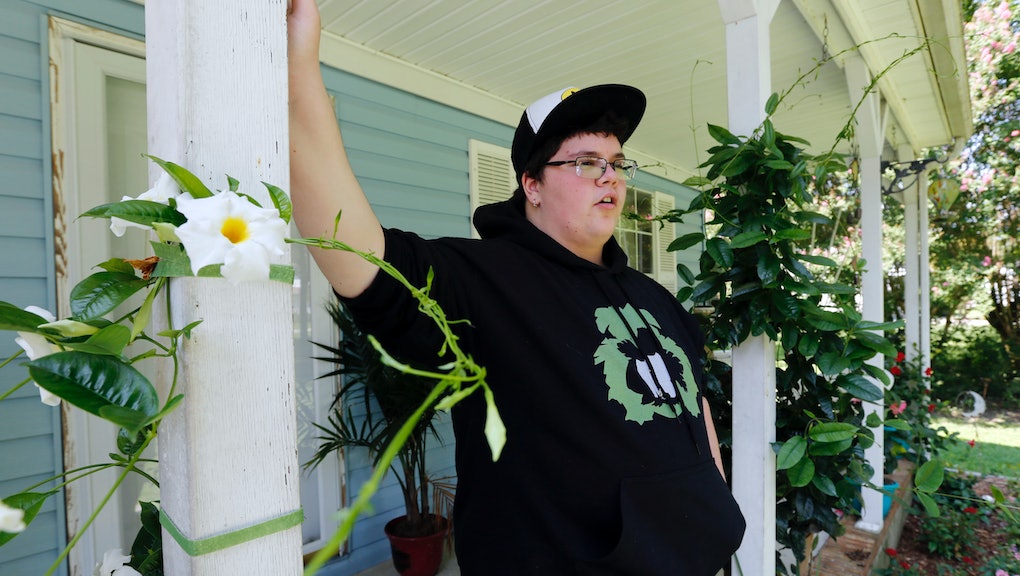 Transgender student Gavin Grimm will not be allowed to use the bathroom that matches his gender identity for his senior year of high school.

The Supreme Court ruled on Wednesday to temporarily block a court order from the U.S. Court of Appeals for the Fourth Circuit in Richmond, Virginia, that allowed Grimm, who identifies as male, to use the men's bathroom, the New York Times reported.

The Supreme Court ruled 5-3, with Justice Stephen G. Breyer siding with the court's conservative members "as a courtesy," according to the Times.

Gloucester High School officials once allowed Grimm to use the bathroom of his choice, but the local school board stepped in and required students to use facilities like bathroom and locker rooms that match their genders assigned at birth. The board's lawyers argued that Grimm's presence harmed "the basic expectations of bodily privacy" and was a "severe disruption to the school."

In January, Grimm said he used the restroom "once a day at max, though I try very hard not to go at all."

He added,  "At this point, I've just become very good at holding it."

The decision comes after months of national controversy surrounding transgender bathroom bills. After North Carolina's highly controversial HB2 bill, several states followed suit with their own anti-LGBTQ bills. Several activists and corporations protested the North Carolina bill, signed into law by Gov. Pat McCrory, who has staunchly defended the bill. The Department of Justice eventually said the law violates the Civil Rights Act, but the law is still in place.

In May, President Barack Obama issued a historic directive that mandated public schools who receive federal funding to allow transgender students to use the restroom that matches their gender identity. Obama's directive used the Title IX law, which prohibits gender discrimination in funded educational programs, to stand up for transgender students.