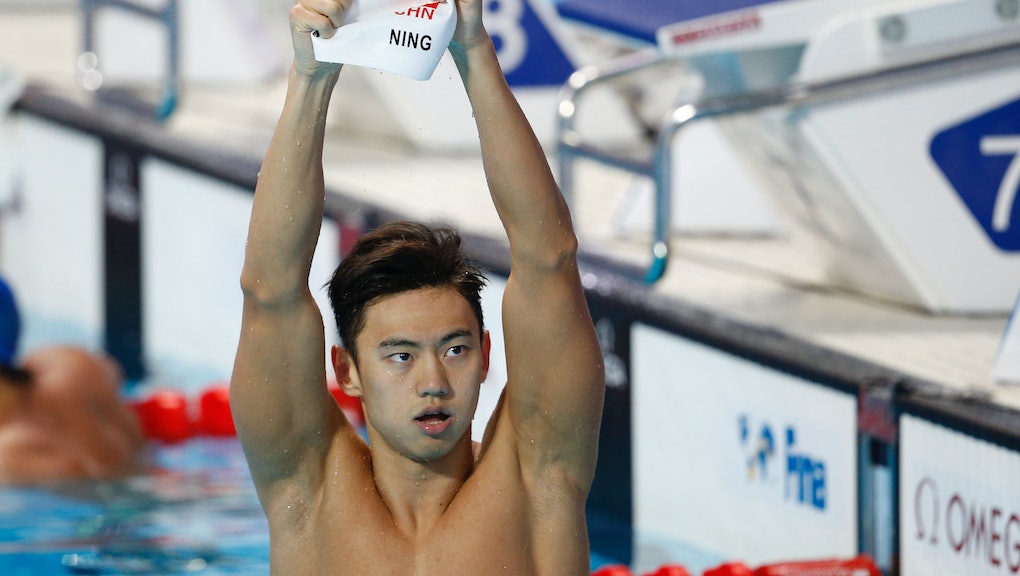 On Thursday morning, the internet had officially bestowed the Olympic gold medal for good looks and washboard abs on 23-year-old Chinese swimmer Ning Zetao. But it only took until Thursday afternoon for someone to ruin what was once the only good, pure and holy thing left about the 2016 Rio Olympics.

In a bizarre and racist attempt to highlight just how much people were freaking out over Zetao, news site NextShark wrote in a headline for Facebook: "Forget Zika Virus — China's Hottest Olympic Swimmer is Giving the Internet Yellow Fever."

Though the on-page headline for the story reads "The Internet Can't Handle China's Hottest Olympic Swimmer," no one was clamoring to give NextShark a free pass when a screenshot of the Facebook mobile package circulated Twitter on Thursday.

Many Twitter users pointed out that that headline was offensive on multiple levels. It played on racist Asian slurs and made light of Zika virus, which has been a persistent concern not just for those attending the Olympic games, but for people around the world.

One Twitter user recalled a similar instance of racism against an Asian athlete in the media, alluding to when, in 2012, ESPN posted an article on its mobile site about basketball star Jeremy Lin with the headline "Chink in the Armor."

"It's a figure of speech, sure, but there absolutely has to be a better phrase to use when referring to Lin," SB Nation wrote at the time. "You know, one that doesn't involve a derogatory term for Lin's race."

Another Twitter user speculated that it would have been just as easy for Next Shark to avoid using offensive language altogether.