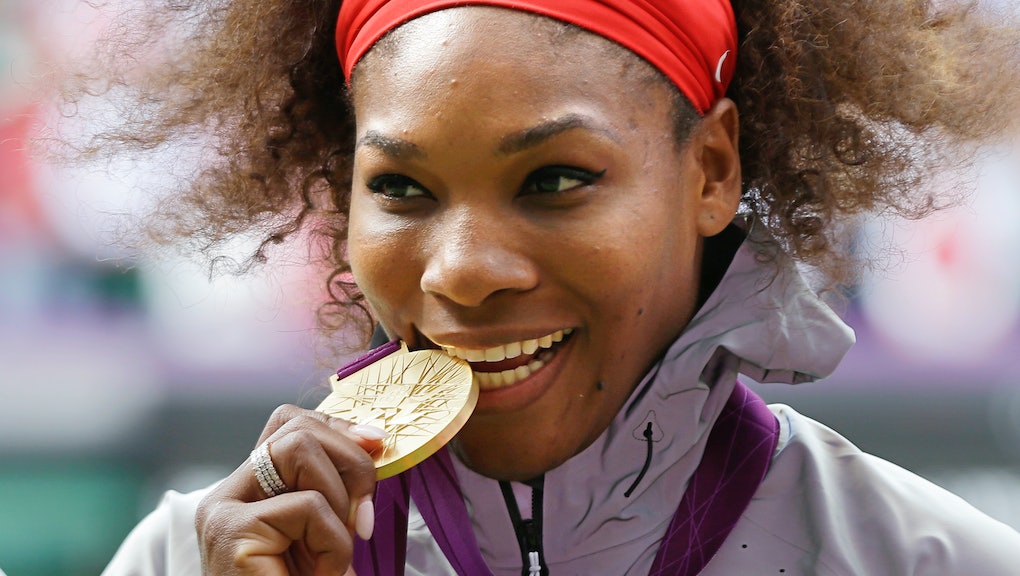 When Does Serena Williams Play Next? Here's the US Tennis Champion's Rio Olympics Schedule

Serena Williams is a tennis goddess, and like some goddesses, she's expected to smite her competition and win gold at the 2016 Olympic Games in Rio De Janeiro.

This will be the fourth Olympic Games for Williams. The tennis all-star, who has 22 Grand Slam titles to her name, has never earned a medal below Gold. Williams won gold in Doubles at the 2000 Sydney Olympics, as well as 2008 in Beijing and 2012 in London. She also won the gold medal in Singles at the 2012 London Olympic Games.

This year, Williams is expected to win gold again in the Doubles competition teaming up with her sister Venus Williams. Serena Williams will also be competing in the Singles competition.

If you're looking to cheer for Williams, here's the American Tennis Champion's schedule at Rio, according to NBCOlympics.com. The times are listed according to Brasilia's Standard Time (BRT):

Williams is seeded first among all female tennis singles competitors. On Saturday, she will be facing Australia's Daria Gavrilova. If Williams defeats Gavrilova in the first round, she will move on to round 2.

Serena and Venus Williams are seeded first ahead of France's Carolina Garcia and Kristina Mladenovic. They will be competing against Czech Republic's Lucie Safarova and Barbora Strycova.

If the Williams sisters beat Safarova and Strycova, they will have to compete in round 2 before making it to the quarterfinals.

Williams will have to compete in the third round before qualifying for the quarterfinals.

The Williams sisters will have reached the quarterfinals at this point, and if they defeat their opponents, they will move to the semifinals.

If Williams wins her quarterfinals round, she will move to the semifinals.

If Williams wins this semifinals round, she will move on to the final two matches that will dictate where she will place on the Olympic podium.

If Williams sisters wins this semifinals round, they will move on to the final two matches that will determine where they will place on the Olympic podium.

If the Williams powerhouse duo wins this match, they'll move on to the last and final match that will determine their placing — either silver or gold — on the podium.

This is the last match for the Williams duo at the 2016 Rio Olympics. If they lose, they'll receive the silver medal. If they win, they'll bring back home the gold.

*This schedule will be updated once the tennis competition begins.