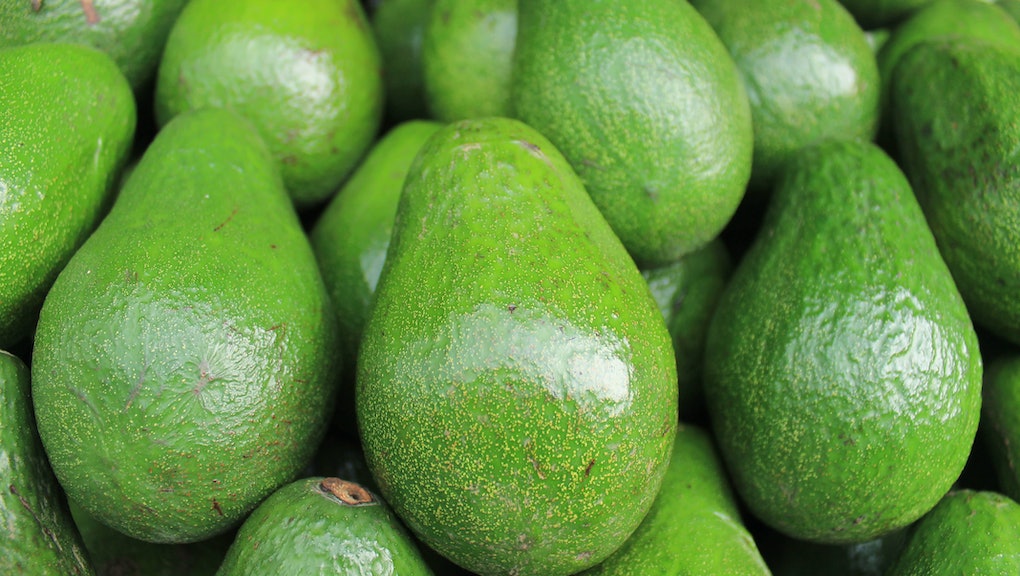 Remedies for preventing avocado halves from browning are like hiccup-stopping panaceas: They don't really work, but people swear by them.

It seems, at least, that every person and their mother has a trick for keeping avocados fresh in the fridge, but when you try out the suggested method for yourself, you end up with nothing but mutilated avocado (a horrible sight to see, indeed).

Why avocados brown in the first place: It's a dumb reality of biology: "An enzyme in avocados causes the flesh to oxidize when exposed to air, turning it an unappealing brown color," according to The Kitchn.

Setting up the avocado experiment

To really, truly and definitively find out once and for all if there's any technique that can keep an avocado green, I tested five of the most popular avocado-protection techniques. After applying the five techniques pictured below, my avocado halves spent three nights chilling in a refrigerator.

Rumor has it that chefs store sliced avocados in cold water baths for up to four hours before using them in a dish. That's wonderful and all, but the layperson probably isn't storing an avocado for just four hours.

The acidity in lemon juice reportedly keeps avocados from browning, according to Compound Chem; the citric acid allegedly inhibits the enzymes that cause browning.

Technique: After squeezing lemon juice onto an avocado half, I tucked a lemon slice in the cavity of the avocado.

The pit! The pit! Just leave the pit in the avocado and it'll stay fresh as a daisy til morning. That's what they all say, at least. The pit acts as a barrier, covering much of the fruit's surface area, which seems to be important, as it shields much of the avocado from contact with oxygen. But what about the parts of the avocado that aren't blessed by the round pod (which is compostable, by the way)? We shall see.

Red onions are a lovely addition to guacamole, and they're also allegedly skilled at keeping cut avocados from going to the dark side. The onion releases sulfur gases, which slow down the oxidation process that causes browning, according to Women's Health Magazine.

The experiment called for a control, so one avocado half was not treated at all (poor guy).

The results of the avocado experiment

It's the moment you've been waiting for:

Is there anything that can save an avocado from a brown and mushy demise?

Verdict: Kind of? Here's another photo of the avocados sans accoutrements.

This avocado plate is not a sight for sore eyes. While the water bath method kept the avocado mostly green and looking the best of the bunch, the texture of the fruit changed somewhat — as in, it got a little puffy. This might be fine for guacamole-making, but waterlogged slices probably would not fare well on a sandwich.

The pit method avocado was perhaps a little underripe to begin with, which could explain why some the the pit skin clung to the flesh of the fruit. The oil method clearly failed; as the photo shows, much of the oil pooled in the center of the avocado and solidified. Gross.

The red onion method looks like the winner in this contest. Its texture remained intact (unlike the bath) and its flesh remained brighter than that of its competitors. But there's one major caveat: Your avocado will taste like onions. This is acceptable — even desirable — for certain dishes, but it's not ideal for all recipes. Because of the way I dispersed the onions, this avocado had the most surface area covered. Lesson number one: The less exposed the cut flesh is, the fresher it will stay.

Similarly, in the lemon experiment, the portion of the avocado that was covered by the lemon slice evaded a brown fate. However, as the image shows, the lemon juice didn't keep the exposed edges from browning slightly — but the physical lemon piece nestled in the avocado's center did protect the flesh from oxidation.

Moral of this story? Cover your avocados. Some kind of barrier can prevent a homely transformation.

Your best bet, however, is always eating the avocado in one sitting. Sharing with a friend is optional.