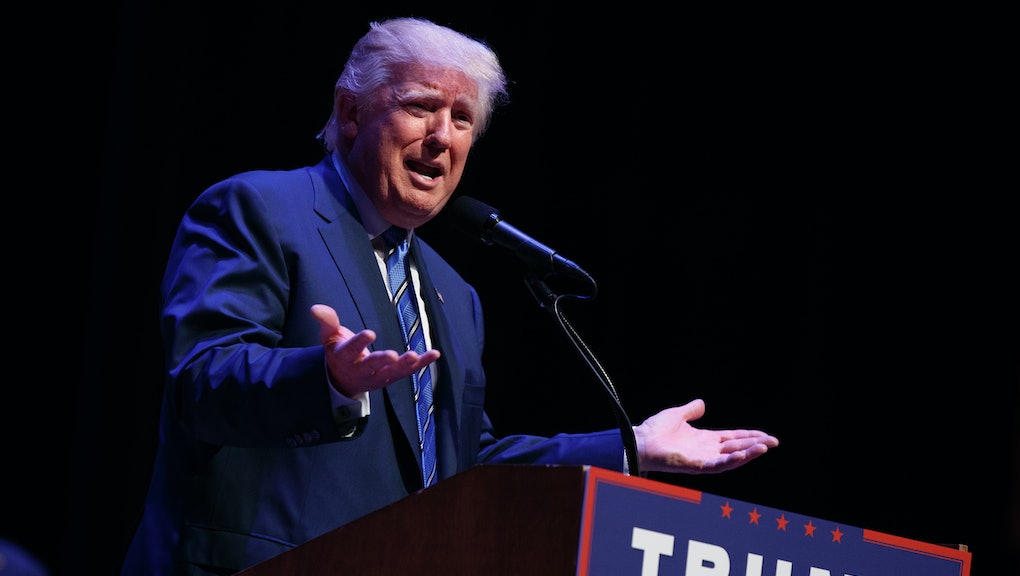 Donald Trump on Friday admitted he had never seen a nonexistent video of a $400 million cash transfer in Iran — marking a rare occasion in the 2016 campaign in which he's owned up to a mistake.

After two days of saying he had seen a video of an unmarked plane dropping $400 million in Iran, reportedly in exchange for the release of four American hostages, Trump said the footage he saw was actually of something else.

"The plane I saw on television was the hostage plane in Geneva, Switzerland, not the plane carrying $400 million in cash going to Iran!" Trump tweeted.

The admission came after Trump claimed multiple times over two days he had seen such footage, despite intelligence officials saying the video did not exist, and even his own campaign admitting that Trump was confused.

Trump's campaign said Trump was instead referring to b-roll footage he had seen on Fox News of the hostages landing in Geneva, Switzerland — not the money dump.

"It was interesting because a tape was made," Trump said Thursday during a campaign event in Maine of a nonexistent video of an unmarked plane dropping $400 million in Iran, reportedly in exchange for the release of four American hostages. "You saw that with the airplane coming in — nice plane — the airplane coming in and the money coming off, I guess. Right?"

Throughout the week, Trump feuded with a Muslim American Gold Star family, refused to endorse House Speaker Paul Ryan and Sen. John McCain in their primary races and reportedly asked why the United States could not use nuclear weapons.

Those self-inflicted wounds have caused Trump to plummet in the polls, with a series of surveys showing Trump losing to Democratic nominee Hillary Clinton by significant margins.